A recent picture of me:

Okay, so it’s not ACTUALLY me, but that’s exactly how my head has been feeling lately. When you’re allergic to every thing and have sinus issues it can slow down progress on your projects. My To Do list is 10 miles long, but when my head feels like it’s in a vise I can’t do anything. But, despite that I’ve been able to get a few things done!

When we last visited you had seen the Cat Food cubby on my work bench.

This should have been finished a lot sooner because all I had to do was paint it. That’s it! I should have had it done within a weekend. Instead, it took me several weeks.

But it’s done. Yea!  Doesn’t it make that area look so much nicer? 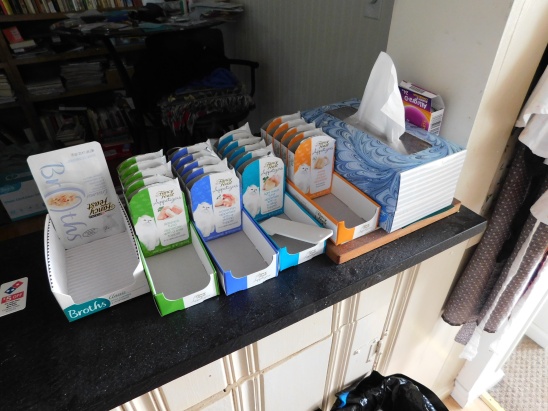 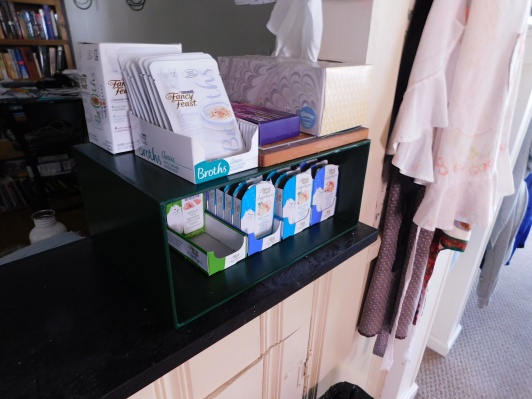 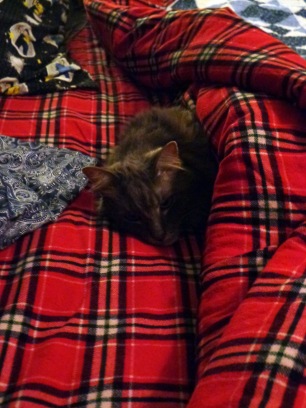 The next project that I was able to complete (thanks to a furlough day) was the Bird Food cubby. Jay was finished with the construction, but I needed to actually finish it. 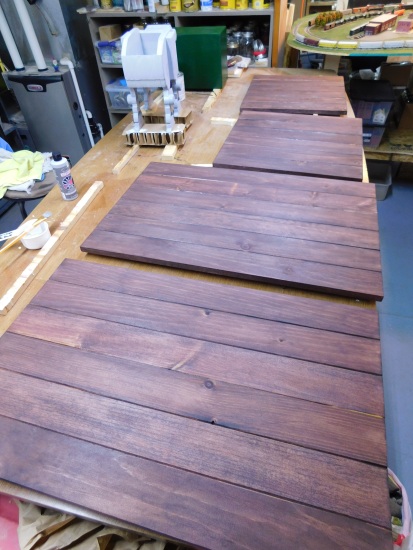 This will sit next to my grandma’s dresser in the living room, so I used the same dark mahogany stain so that they will look like the go together. Maybe. 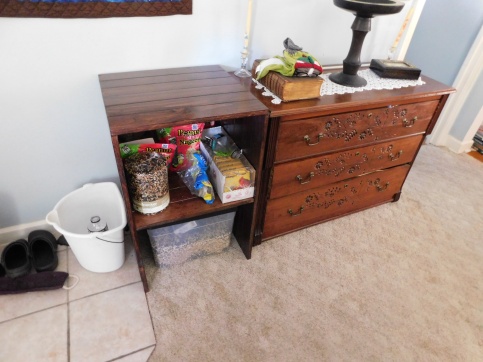 Didn’t that turn out nice?! I’m so happy that not only does all of the seed fit in there, but it looks gorgeous. Jay did an excellent job!

Now I have an extra piano bench in my living room. I want to turn it into a cat tent/cat bed, but we’ll have to see. I’m still working on the cat couch.. 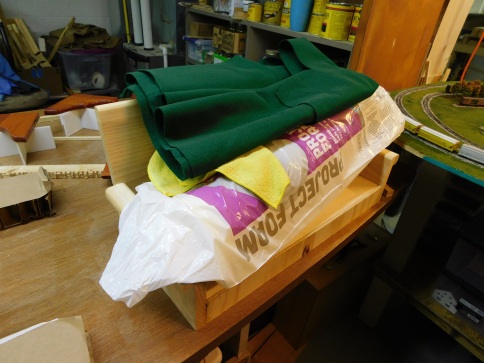 In the near future we will also be deconstructing another piano.

It’s the one that Jay’s mom gave me because it was in much nicer shape than the one that I had. However, now that I have the baby grand I don’t touch the spinet. I’ve tried giving it away, but nobody wants a piano. The only thing left to do is tear it apart and use the pieces for other projects.

The third project I’ve had in progress is my At-At Bird Feeder.

After the base coat, Jay gave him some knees. 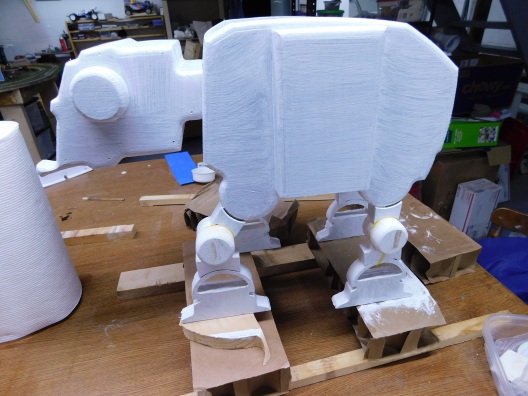 Then I painted the first coat of gray.

Since this is going to hold a seed block I needed holes drilled in the belly so that water can drain out and won’t collect in it.

I also needed a tray to set the seed block on so that the birds can get to it. 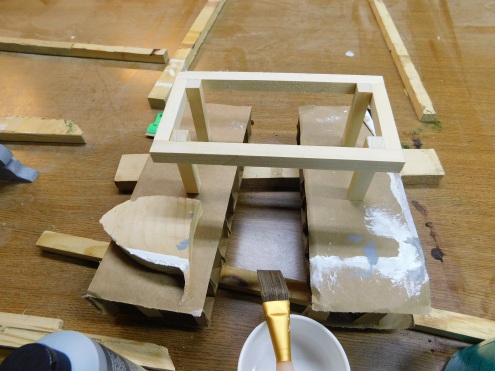 This is currently sitting on my bench waiting to be poly’d. I’m going to poly it so that the wood has a bit of protection. Jay has extra screen material so once I’m done he can tappity-tap-tap it together. I also have to finish painting the At-At. And I also have one other accessory in the works for it, too. That will be a surprise, though.

Finally, let me show you a teaser of what Jay is currently working on: 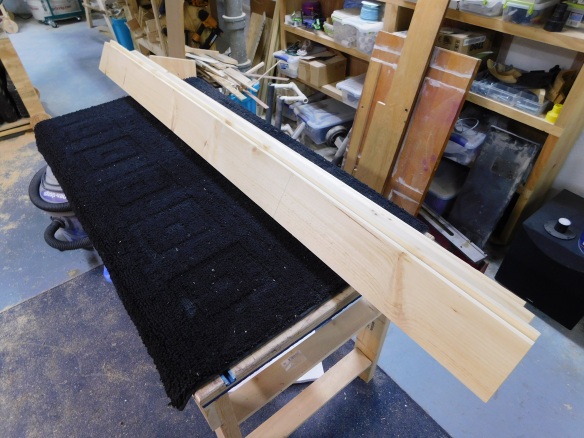 Can you guess what it is??