I haven’t posted in a while because we’ve been taking little steps on many projects, but not enough to really add up to a post. Also, I’ve been winding a LOT of yarn. I have wound over half of the mill ends I bought into balls.

In the meantime, Jay mentioned that he had taken some pictures of the CNC spindle support that he’s machining. Do you remember when he was supposedly machining a spindle support and it turned out that he made a completely new CNC router setup?

I was a bit skeptical when he claimed to be building the support for his first CNC router. He crossed his heart and hoped to die, stick a needle in his eye. He also held up his hands so that I could see that he wasn’t crossing his fingers behind his back.

Since I like to encourage Jay to take pictures of his projects (it’s one less thing for me to try to remember) I’m going to go ahead and post them. I can’t promise that I know what’s going on in every picture, but he took them so I’m including them here. Jay told me that these are out of order, but I’m taking them off of the camera in the order that they appear. How can the camera get them out of order? 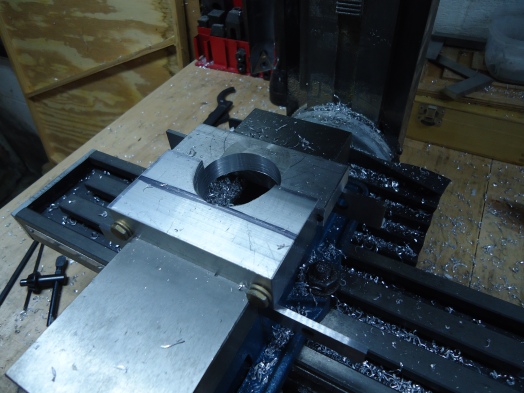 It appears that he has placed two pieces of aluminum together and is cutting out the arcs at one time. 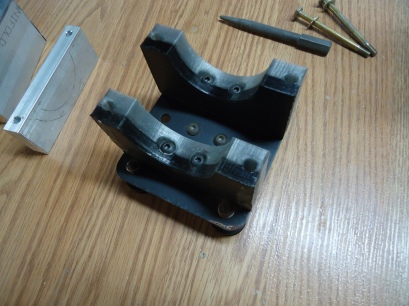 What the Al-u-min-ium pieces are destined to become.

The finished hole from Picture #1. 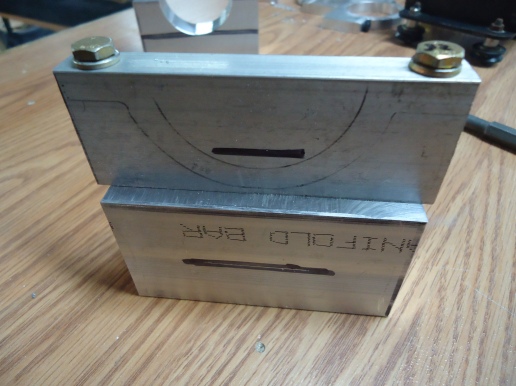 An arc walks into a Nifold Bar and asks, “Where’d that come from??! Ouch!”

We are going to remove a LOT of material all at once on this hobby-grade mill. Let’s hope the hamsters don’t give out!

“I’m sorry, but it came back positive…”

Or else these are earrings for the Bride of Frankenstein. 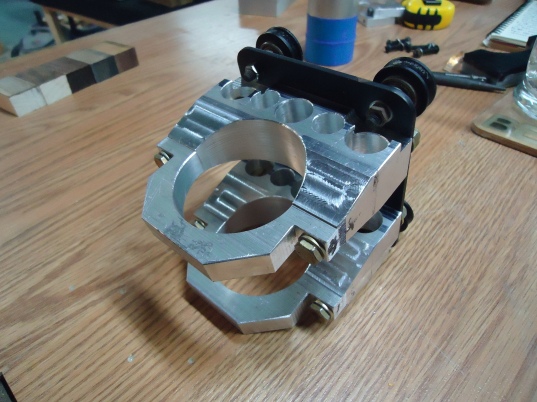 Unfortunately the shark carcass has been removed. 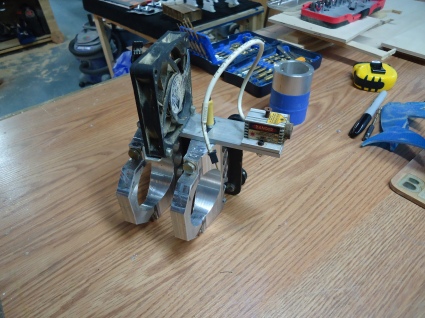 No longer will there be a shark with a frickin’ laser on its head!

“Sit down and take a load off!”

(Jay added the holes on the side to reduce weight)

Well, I hope this blog post was as informative for you as it was for me. I like it when we can learn new things together!