The village of Jayville had stalled on its progress. The residents were still trying to raise enough money to put stained glass in the church and various merchants still needed roofs on their buildings. It seems that most of the original money had literally been planted in the ground. 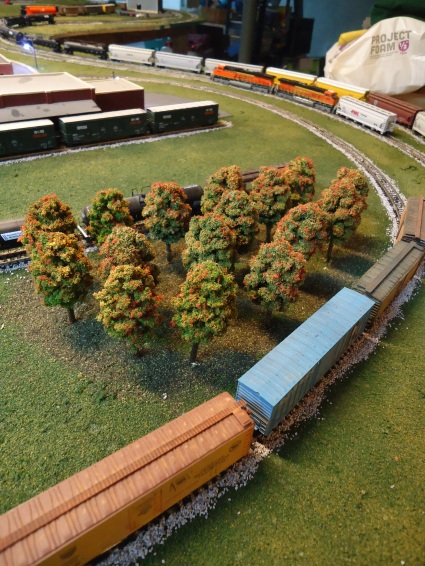 The Gardener’s Club had grown tired of trying to decide where to place the trees they had purchased. Finally they just put them all in one area claiming that it was to make a miniature forest area, when in truth it was just because they were tired and wanted to be done with it.

There were strange things happening, though, that nobody could explain.

The building near the North Bend was still a source of mystery. Nobody could figure out what was going on over there.

Rumors circulated that it had something to do with drugs or moonshine. Somebody thought they saw caskets being stored in the building. Another thought that it was a giant yarn warehouse. Secretly they all hoped that it would remain a mystery so that it would give them something juicy to discuss.

One morning as Mayor Johnson was out for a walk he was surprised to see a statue in the town triangle.

It was a Civil War General, but nobody knew who it was. Nobody knew who had put it there and nobody knew how long it had actually been there. They decided to leave it for now because it wasn’t harming anything and really they hadn’t had a chance to do anything with the triangle. This was as good of a thing as any.

During the village board meeting that decided to leave the statue where it stood, Dan Anderson had a proposal. Mr. Anderson was the proprietor of the general store that did business under the name ‘DANG’ (Dan Anderson Notions and Goods). He owned one of the buildings that was still roofless. While researching ways of bringing in more revenue he hit upon an idea that could benefit the whole town. What they needed to do was buy a wind turbine and then sell power back to the power company. He estimated that this would bring in a lot of money for the village. The board talked it over and thought that this idea had merit. So they called up Wind Turbines, LLC and ordered up a kit.

Six to eight weeks later they received the first package. 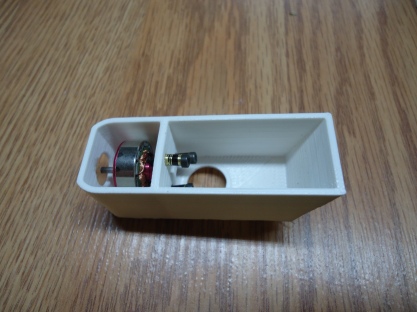 The men all stood around it, and even if they had no idea what they were looking at, grunted approvingly and nodded at the other men as if to say, “Why that is one of the best motors I’ve ever seen. There’s never been a finer motor any where to be found.” 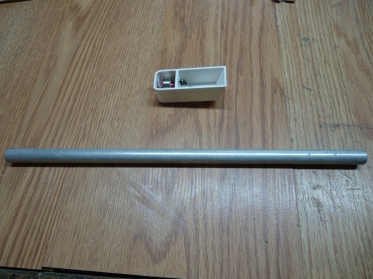 Again, nods and grunts of approval. This was definitely a great idea. 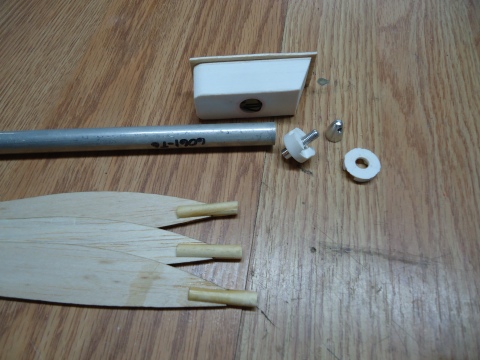 Yes, yes. Very fine blades indeed. Have you ever seen finer blades? Not even the Queen of England would have such fine blades.

Finally, this showed up:

The men had no clue what it was for, but this time the ladies were present so they stuck with the nodding and grunting. It had worked before so they stuck with it. After shooing the ladies away, who insisted that there had to be assembly instructions SOMEWHERE, they started fitting pieces together and were very happy when they had it at least looking like a wind turbine.

They didn’t realize they had purchased the unfinished version. They found Cliff Brown and paid him to put a coat of paint on the blades. Then they hooked up the wires, crossed their fingers and hit the ‘Start’ button.

It worked! That’s when Otis, the town drunk, asked, “How are we going to move it from here to where it needs to go?” The men looked around at each other sheepishly and then acted like this had been part of the plan all along. They would assemble it in one place and then transport it to the final spot.

As soon as the blades started spinning they could hear the dollars adding up. They were going to be one of the wealthiest villages in the State!

Things were looking up for Jayville!