I know that by now this is old news, but I felt like I needed to blog about it.

If you haven’t heard, A.C. Moore is closing. ALL of their stores. ALL OF THEM.

My sister is perfectly modeling the despair I felt when I heard the news. “No! It can’t be! Tell me it isn’t so!” The only reason why I didn’t throw myself on the floor and throw a good ol’ fashioned temper tantrum was because I was just a few minutes away from leaving for work. I couldn’t get my clothes all messed up. On the inside, though, I was child-in-a-candy-store-not-getting-what-she-wanted screaming. It was bad.

“There are other places that sell yarn,” you may be saying. Yes, there are, however, the A.C. Moore brand was THE BEST.

They carried the Nicole brand of yarn. It’s so much softer and plumper than your regular acrylic yarn. It was a dream to crochet with and the blankets were always snugglier. It was slightly more expensive than Red Heart, but completely worth it!

It even looks softer. So when Jay told me that A.C. Moore was closing, my heart broke! Why couldn’t it have been Michaels? They have an okay selection of yarn, but a lot of the affordable acrylics are scratchier than Red Heart. The regular brands that they carry don’t appeal to me because I feel that they are too expensive for what you are buying. I’ve just never been inspired by Michael’s selection. They like to carry a lot of the ‘trendy’ stuff and none of what people are actually using. At least, that’s my opinion.

I do love Hobby Lobby yarn, but it’s even pricier than the Nicole brand so I only used it when I couldn’t find the right color any where else. I guess that once I get through my current stash I will be purchasing my yarn from them.

I have purchased yarn online from Ice Yarns, but there are times when you really just want to touch and see the yarn before committing to buying it.

This whole situation put me into quite the conundrum. On one hand, I really don’t need more yarn and I had said that I wasn’t going to buy anymore until after the 1st of the year. On the other hand, this yarn would no longer be sold and it’s my favorite. “What am I going to do?” I asked Jay. Because he loves me he said, “I guess that you should go stock up.”

So that’s what I did. It was the day before Thanksgiving and while everybody else was making last minute trips to the grocery store in a panic, I was making one last trip to A.C. Moore in a panic. What if all of the yarn is gone?! What if I never get to purchase another skein of Nicole’s yarn again?? They were having a heck of a Black Friday sale on the one pound skeins plus they had sent me a coupon for $10 off the purchase of $40 or more (including sale items).

When I arrived at the store I was shocked. The news had only been out for two days (I was a little late to the party), but the yarn selection had already been decimated! A good portion of the bins within arm’s reach were already empty. I began to despair. Then luckily I found some skeins that were up higher where I could reach. So I filled my cart.

I brought home two giant bags. I think I counted 30 skeins of yarn. I wanted just the basic colors that I use a lot: black, white, brown. I found a few burgundy and green skeins, so I grabbed those. I spent more than I would have wanted, but to be fair I ended up saving slightly more with the sale price than what I actually spent.

And it was worth it. I told Jay that this could count as a Christmas present. After all, I would love to get premium acrylic yarn for Christmas. I even offered to let him wrap each skein, but he declined.

So now what’s the plan? First, I have to finish pouting. 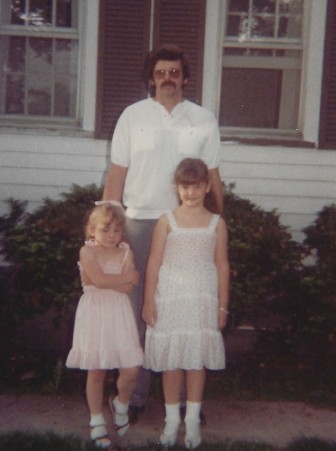 Then I saw that Glenda over at Creative Grandma is getting some help from Premier Yarns to try to get the big box stores to take notice. Premier Yarns has set up a survey to better understand the needs of the people who use yarn. If you knit or crochet please take a moment to fill out the survey.

I would love to see more of their yarns in the big box stores. Michael’s and Wal-Mart have some of their yarns, but not nearly the selection or variety as A.C. Moore carried. Maybe if enough of us make our voices heard we will get a better variety of the reasonably priced premium acrylic and won’t have to walk past the shelves of the icky stuff. One can dream…