In the past Jay has done some animal carvings in wood. You might remember the dog clocks that he made this past spring… 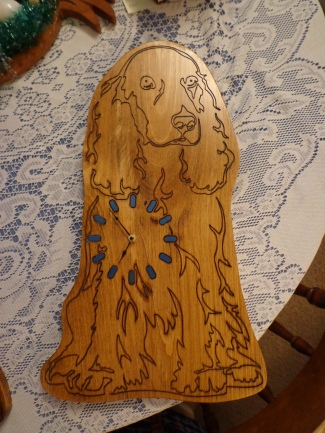 Last week I gave you a sneak peek at his current project.

This is on a small scale. At least, this one is. He currently has one cutting that is much bigger. 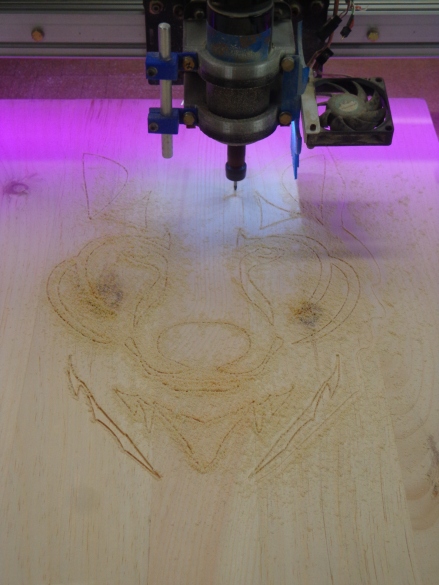 It looks nice, doesn’t it? But it’s a LOT of work.

He imports it into SketchUp and has to draw around all of the dark areas so that the machine will see it as being areas to cut. I believe that this Tiger took him over a week of drawing lines before it was completed.

When he has finished tracing and is ready to turn it into machine code, it looks like this: 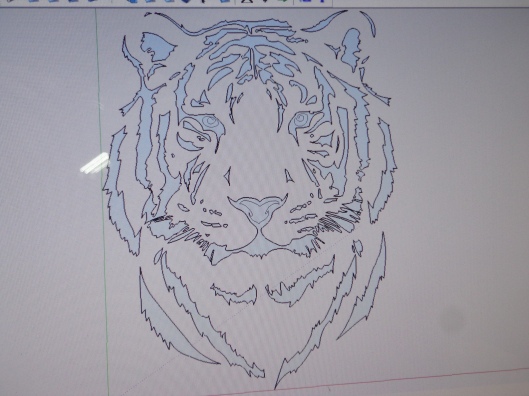 If the lines don’t connect just right it won’t see it as one big area to cut. It’s very meticulous and time-eating work. Jay has tried telling me that I should learn how to draw things in SketchUp, but I think that’s just so he can toss work like outlining tigers to me. Then he gets to do the fun stuff, like sanding planks of wood.

I haven’t taken the bait, yet. I have my own projects to work on. Not to mention the fact that 90% of the projects he makes I end up doing the finishing work on it. Even if I don’t get any of the credit. lol

The next carvings will be two more dog clocks. Jay’s brother just got married so we’re going to make a couple of clocks for a wedding gift. His brother has a German Shepherd and a Golden Retriever, so we will do our best to encapsulate them in clocks.