Christmas has come and gone, so yet again Jay has another piece of equipment that must be added to his workshop. His work area always seems to be changing, too.

For example, last February this is what it looked like:

I have to tell you, the dust collector was the best investment that I could have made in his basement workshop. It was pricey, but well worth it! When I’m upstairs and Jay has it running I can only tell because I hear a slight rumble. It has managed to keep the dust to a minimum as well. I would highly recommend this for all basement work shops!

Jay has also been working in his small workshop. He is working on the actual machines, though, and not so much the layout. Let me see if I can show you what has changed.

It might be a bit difficult to tell because of the two different angles, but he has extended the size of his lathe. In the top one you can see that it was much shorter. Due to a new project he’s working on (more on that in a future post), he needed the extra working room. He had quite the quandary that he was mulling over; would he be better off with the $1500 or the $2100 lathe? I helped him out with that and told him neither. We compromised and he purchased this lathe extension kit. 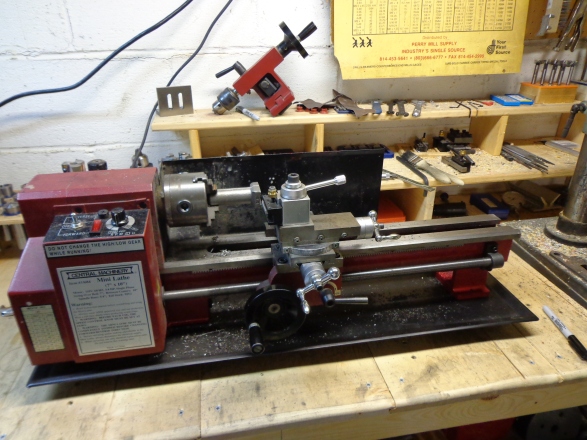 He has also modified his milling machine to use a different kind of doohickey that keeps the head from dropping when it’s not secured.

This is actually the one that he built for a coworker’s son last year. He has not used it at all and she wanted her desk space back, so Jay offered to buy it back from her at a reasonable price. Yes, he has had both printers running at the same time.

Going back out into Jay’s main part of the work shop, did you notice what he received for Christmas? Because he’s spoiled…

A drum sander. With a 3D printed dust port on top to better fit his dust collector’s pipe.

If you’re interested in the specs, here’s the front plate: 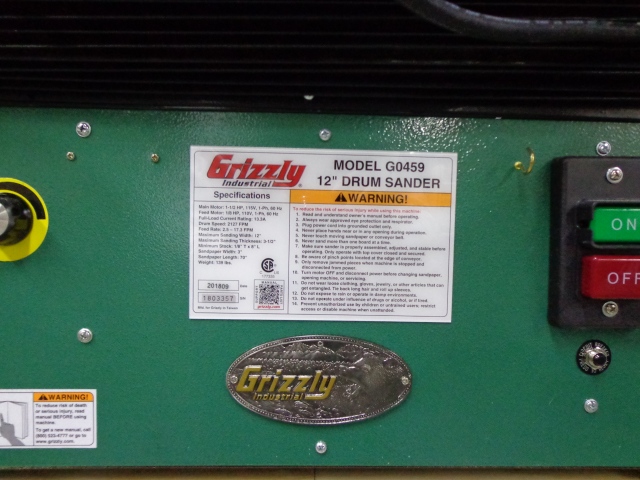 That is a heavy-duty piece of equipment! Based on the weight when we were moving it there are not a lot of cheap plastic parts in it. We actually had to end up using the outside entrance to get it into the basement as it wouldn’t fit through our doorway in the library.

If you’re wondering, he does actually use this equipment a lot.

He made this new shelf and side table for the small work shop:

And he made dividers/supports for my crochet bags:

Those keep the bag supported so that when the skeins of yarn start to get smaller the bag doesn’t collapse on them and make it more difficult to use.

My friend Chrissy gave me a second bag for Christmas, so Jay had to make two sets of these for me. But I did the sanding using my Christmas gift:

I guess that it looks similar, but I’m not sure how well his mask kept dust out while preventing his glasses from fogging over. That’s why I asked for this mask. I’d read a review where they said it was fantastic because it expels the air downward so you don’t fog up your glasses. I’ve only used it once, but I think that I will like it. I have to figure out how to wear it without the straps pulling it downward and plugging my nostrils, but other than that it’s good!