I think that I teased you a while ago about a crochet project I was working on, but I don’t think I ever shared it.

I showed you a picture of this bag that I had made: 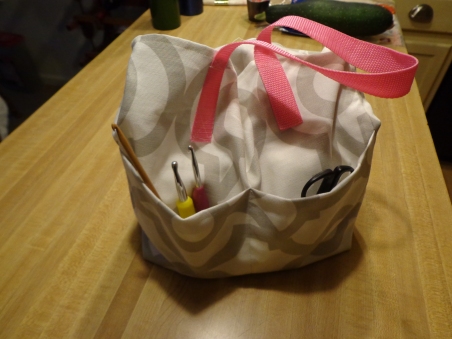 I made this specifically to hold the following:

Is that still not enough to explain what this is used to make?

I decided that I wanted a lacy victorian-type of garland for my Christmas tree. I did some searching online and found a pattern that I thought would work. 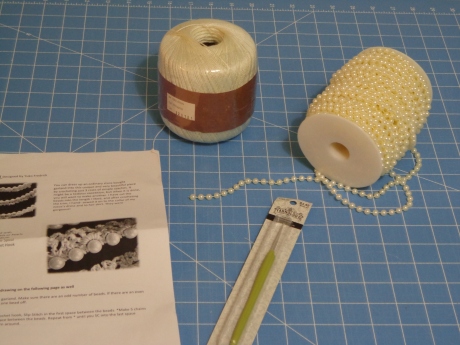 To make this garland you are supposed to use the bead garland that they sell in the Christmas stuff, but I wanted a bead that looked like pearls. I went on Amazon and found a spool of pearl-like beads that should have plenty on it for my entire tree. I then bought size 10 crochet thread and a steel hook from Hobby Lobby. This is the first project that I’ve attempted to make with crochet thread instead of yarn.

I think that it’s turning out okay for my first attempt. I’m making them in 10 foot sections. 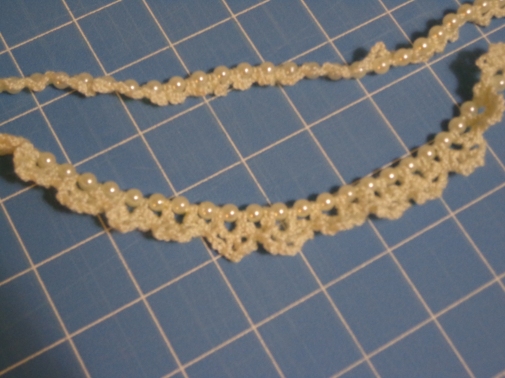 I think I started working on this in early summer. By Christmas I had only managed to get one 10′ section completed.

Obviously not enough to actually use this Christmas, but at least I can see how it looks on the tree. I probably won’t drape it this loosely, either. 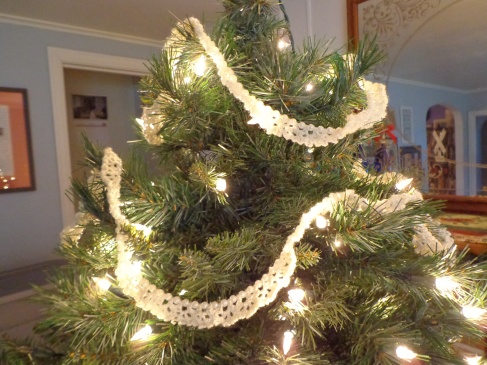 I think that it might look better if it was a little wider, but I’m not going to go back and add more rows to this first section. So it’s all going to be this wide.

Maybe if I wrap enough of it around the tree it will look okay. I really like the pearls and lace, though. Very nice!

This entry was posted in Crochet and tagged Christmas, Crochet, tree garland. Bookmark the permalink.