Day 2 left us with the epoxy curing in the cracks and around the carbon fiber straps. 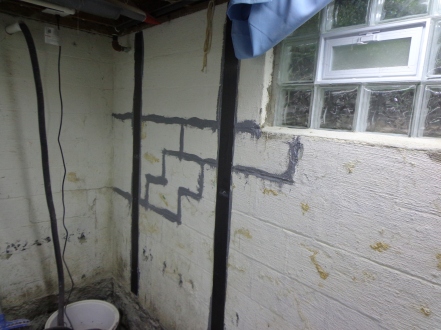 What would Day 3 hold in store for us?? 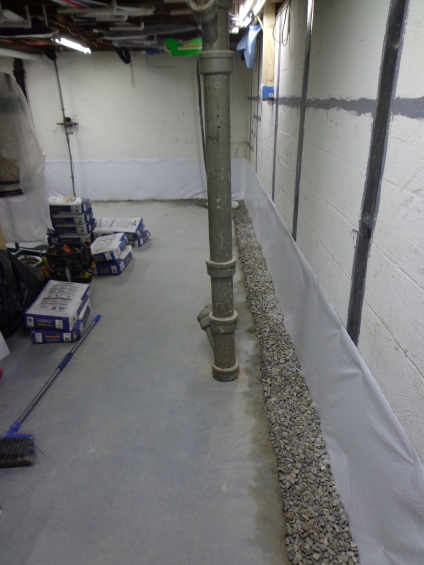 The drainage pipe had been laid, the stone added, the holes drilled in the bottom of the concrete block, and the finishing product installed. Again, I know that it’s just a basement, but I was really disappointed in the look of the stuff they put on the walls. 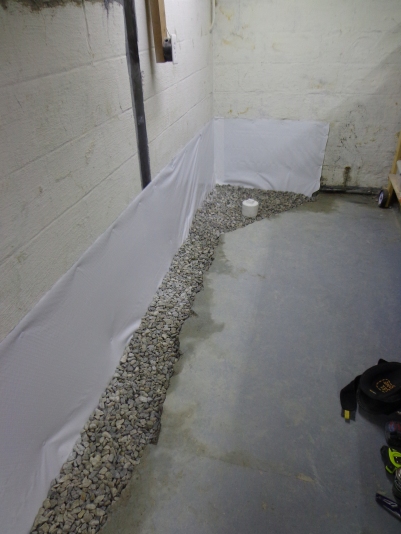 It’s a plastic sheeting that is tacked to the wall so that water can flow out of the drilled holes behind it and into the drainage ditch below. Which, I understand that it’s functional. But it doesn’t look as ‘finished’ as I’d hoped it would. 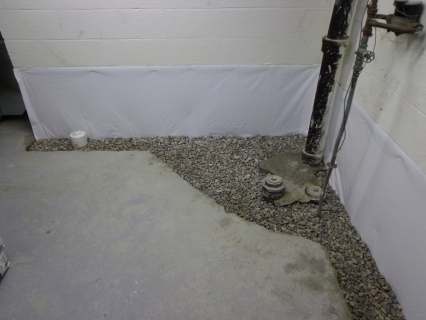 Jay is trying to figure out the best way to mount some kind of covering for it so that the dust doesn’t make its way in through the top and then start closing up the holes behind it. He’s got some ideas rolling around so I’ll have to wait and see which ones actually take root. It was nice to see the stone in the trench, though, instead of standing water. 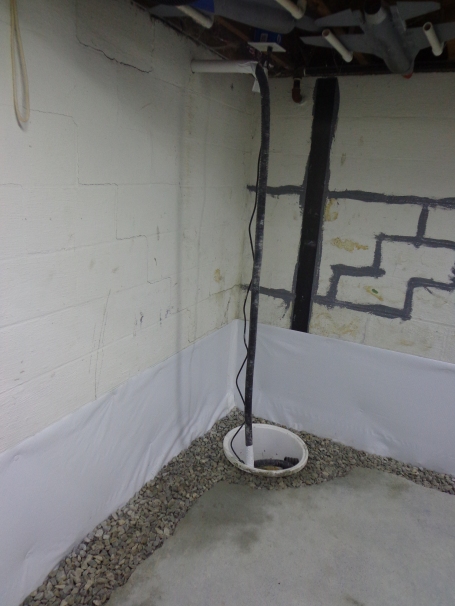 They cleaned up the sump pump area a little better, but that hose was still bothering me. Jay insisted they would fix it.

A look inside the sump pump pit: 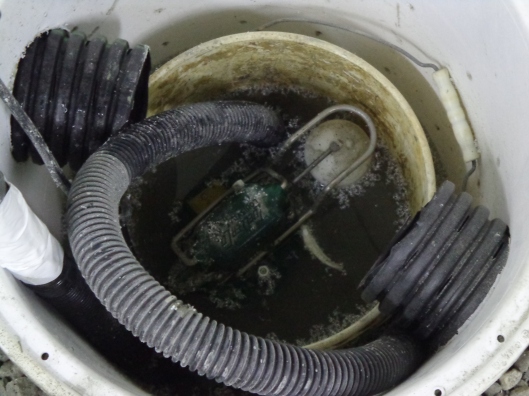 Keep your fingers crossed that it works as advertised!

All that’s left is to pour the concrete and fix how the hose hangs from the wall.