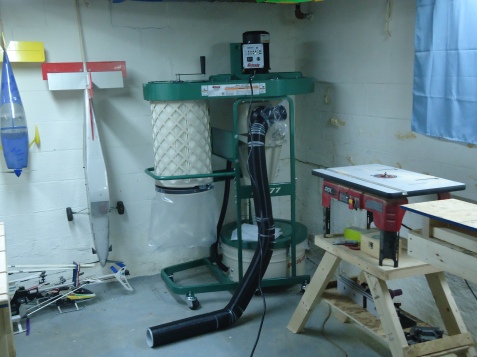 We are halfway there! Wire has been run over to an outlet box right above the unit, but it still has to be connected to the breaker that we freed up in the box. Except, last week Jay noticed something about the setup that he didn’t like… Can you see what it is? 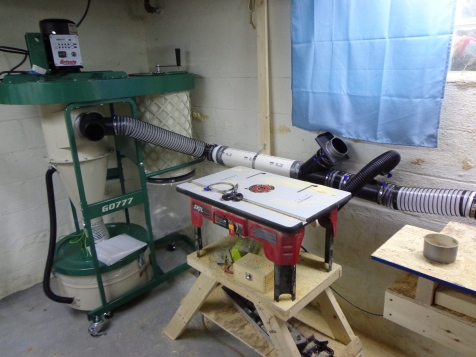 The bucket that catches all of the chunks and dust was in the corner, which would be a pain to empty. So he took things apart and rearranged them so that the bucket is now easier to get at. Also, he has managed to run more of the hose to his machines. 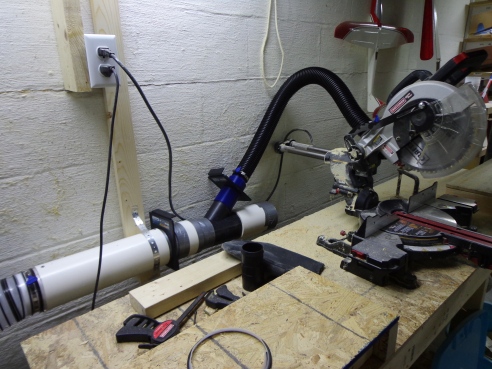 His miter saw looks so much better without that useless bag hanging off the back of it. And look at what else Jay has done: 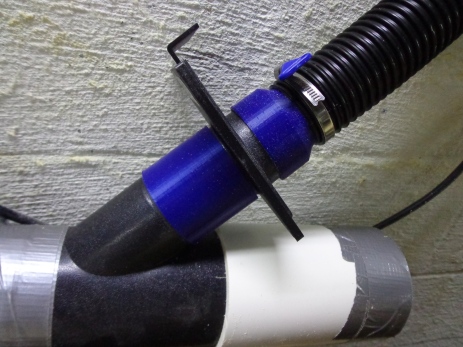 He has 3D printed more adapters! This time in a pretty blue. 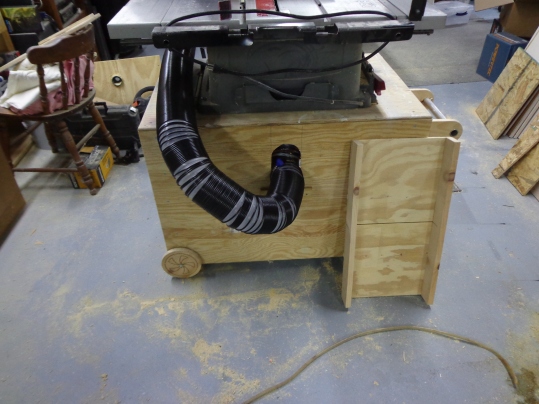 One of the other tools that needed to be readied for dust collecting was his table saw. He built this cart for it a few years ago so it was easy enough to modify it to accept the dust collecting port and hose. 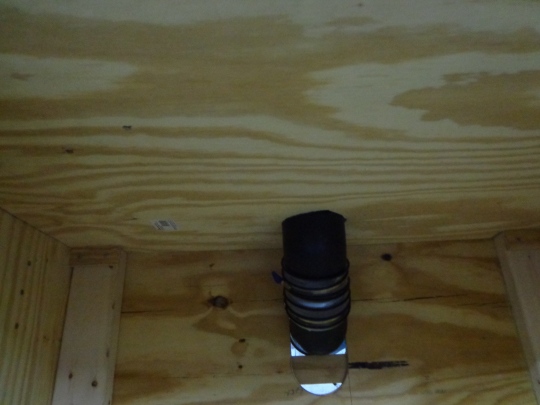 And it doesn’t really take up a whole lot of room on the inside. He still has plenty of storage space. Things are starting to come together!