Jay has been commissioned to work on other projects, so poor Chad had been neglected for a while. Then this past weekend Jay decided that he was going to work on the next steps of preparing Chad for flight.

Except… he ran into a few issues. When he was telling me about the problems he ran into and how he fixed them I asked if this was something that other guys might want to know as they were building their own Chads. He said that it would actually be really good information to have, so I’m posting it here for those of you who are using these posts to help you as you build.

*******Disclaimer – the following pictures are what I was given to post. The notes were on a sheet of paper with no indication as to which picture should accompany them. Therefore, please forgive me if the posted picture does not correspond in any way to the text.******** 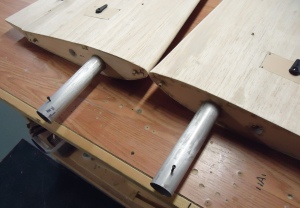 Man, there is nothing worse than a wiggly wing tip! 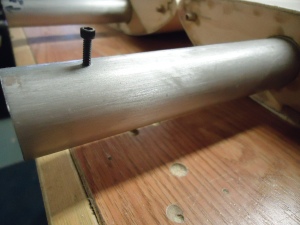 “Scuffed aluminum tubes and cleaned. Coated them in multiple layers of medium CA using my finger. I built up the surface and sanded until I had achieved a snug fit.”

(A warning from Kerry – be careful where you stick your CA-coated finger. Now is not the time to be picking your nose or scratching in impolite places.) 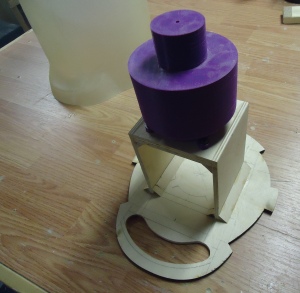 “I built the motor box centered on fuse diameter of firewall. After bracing with triangle stock I fit the cowl over the firewall and motor blank. The motor was not centered. GRRRRRR.”

Jay 3D printed a motor to use for fitting purposes as he’s still not allowed to purchase the actual motor. Seeing that dollar amount will surely give me a heart attack! 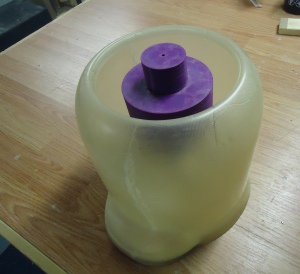 “I had to cut the motor box loose and move down 3/8″. DO NOT CENTER ON FUSE DIAMETER RADIUS.” 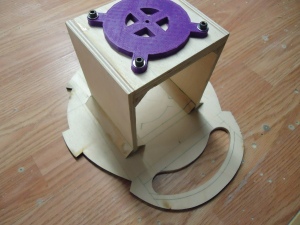 “You need to include 1/3 of the oil cooler distance at the bottom of the cowl.”

Even though Jay’s using an electric motor it still has an oil cooler distance. Maybe I can find a doll-house sized Igloo cooler and write ‘oil’ on it. Then I’ll place it on Chad when Jay isn’t looking… 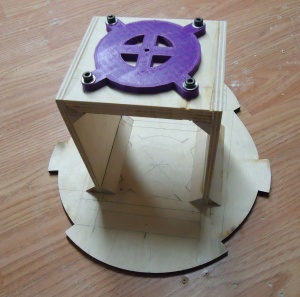 “I then reglued the motor box in the proper position in order to center the motor in the cowl.”

Cowl… that’s a strange word. At once I’m reminded of a cow and an owl. Perhaps that’s where you get warm milk at night when you can’t sleep? 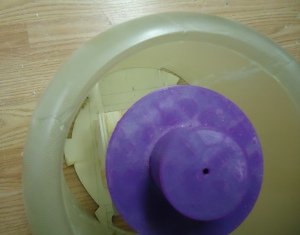 Here is a picture of… this… umm… 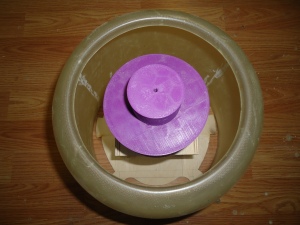 It’s like my grandpappy always used to say… a centered motor is a happy motor. And if the motor ain’t happy, ain’t nobody happy! 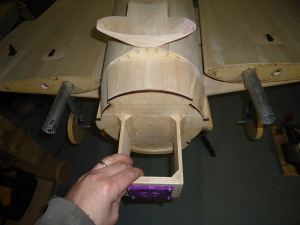 This just reminds me of a bull and Jay is pulling on his nose ring.

Here’s a tip from a farm girl: Don’t pull on the nose ring of a bull that you aren’t familiar with. Make your introductions first and ask politely if you may tug a bit on his nose ring. In this case it’s definitely better to ask permission than forgiveness!

I hope that these pictures and Jay’s notes helped. If you have any other questions or concerns please don’t hesitate to ask. Even though Jay is making Chad electric he has enough experience with gas engines that he can probably steer you in the right direction.

Hahaha… STEER… get it… another cow reference… hehehehe