Mr. and Mrs. Somebody

Last weekend I was in my sister’s wedding and I wanted to share with you some of the pictures that Jay took while I was busy participating. Please note that the following story is completely made up. I just felt goofy and thought that I would add some captions to the pictures. Enjoy!

Mr. and Mrs. Somebody 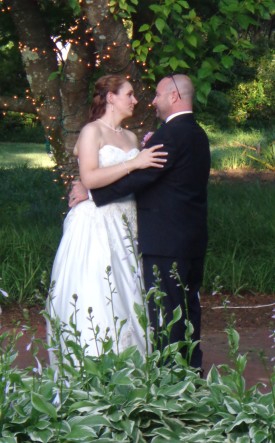 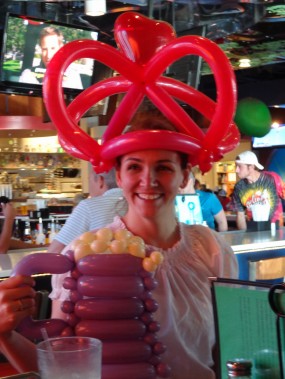 Before the bride was allowed to get married she had to go through the time-honored ritual of putting a red octopus on her head and drinking a purse full of pearls.

Once the red octopus had been put out of its misery the bride then put on the celebratory crown of accomplishment while the groom wraps a bag of the octopus’ ink around his neck as a good luck charm.

As the time approaches for the ceremony to begin all of the glasses on the tables are turned upside down. They will then release mice to run through the candy maze. The first mouse to reach the candle in the middle and lights it is deemed to be the winner. It will then be trapped beneath the glass in order to be admired for its great achievement.

The matron of honor watches the races. Will her mouse win? Hopefully nobody will realize that her mouse was given Red Bull right before his race.

This time it was the groom’s sister who won. This gave her the best seat in the house, but it also meant that she would have to officiate the ceremony.

Since she had lost, the matron of honor had to carry around two bouquets as her punishment. The South does NOT mess around when it comes to the pre-wedding mouse race!

“So, did you guys catch that mouse race? It sure was something, wasn’t it?

Adam, the best man, walked Chuk’s mom to her seat.

“Don’t tell anybody, Mrs. Chuk’s Mom, but I’m incognito today. Nobody will recognize me in my sunglasses.”

Reed, another groomsman, tries to make a pass at the Mother of the Bride.

“I would be careful about what you say, buddy. My body guard is right behind us and he’s keeping an eye on you!” she warns him. 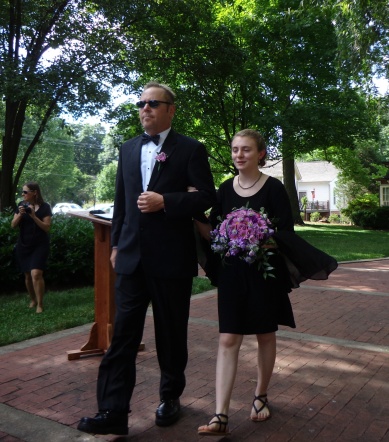 Suddenly Canon in D begins to play and things get serious.

Groomsman, Tim, escorts the groom’s daughter, Raven, down the aisle.

Amanda wonders how she got stuck with Reed. It just doesn’t seem fair. Even with her heels he’s still way taller than her.

“Despite the fact that I’m standing up for my best friend,” Adam is thinking, “I will refuse to act like I’m actually happy to be part of this.”

Oh wait… perhaps that’s why the best man is upset…

The bridal party chatted among themselves as they waited for the bride to make her appearance.

“Are you sure that you want to do this? The car is right over there,” the father of the bride asks.

“I think so. After all, I’m already dressed up and I think that it’s too late to get our deposits back.”

The groom was completely confused and wasn’t sure that he was allowed to look yet.

“Can I look? I don’t want to break the rules. Tell me when I can look…”

It was apparent to the guests that the bridesmaids had forgotten to bathe that afternoon. 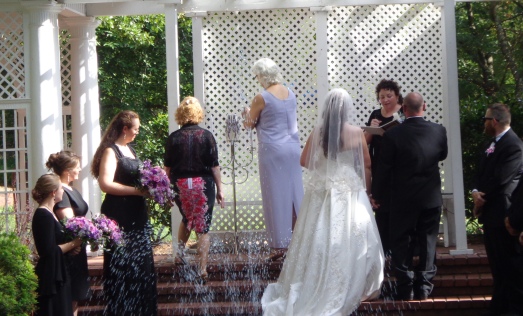 The mothers of the bride and groom took care of it, though, and lit a match. 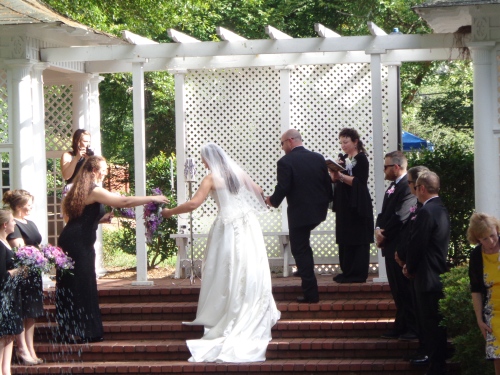 The bride then gave the matron of honor her bouquet in the hopes that it would help with the smell. “Don’t come any closer,” she said. “Just take the bouquet and maybe rub it all over yourself.” 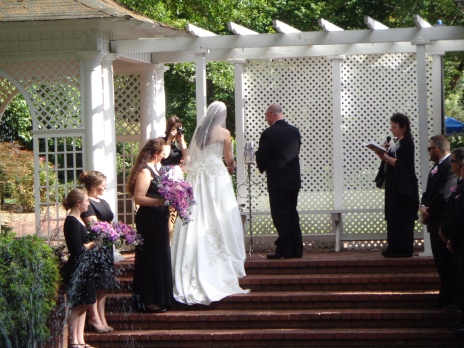 They also lit a scented candle.

The mantel of shame settled upon the matron of honor while the other bridesmaids snickered because they hadn’t been taken to task despite the fact that they were part of the problem, too. 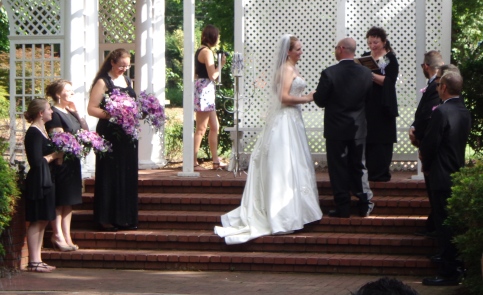 As they began to exchange their vows, though, the bride admitted to her groom, “It’s not the bridesmaids who stink. It’s me, but I’m blaming them! Hehehe.”

The groom’s sister giggles at this, but kept the ceremony going. 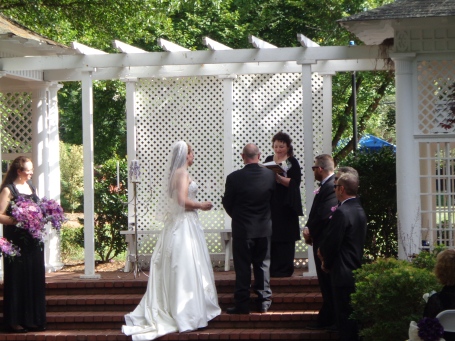 “The rings are somewhere… oh, here they are!” The rings and vows were exchanged. 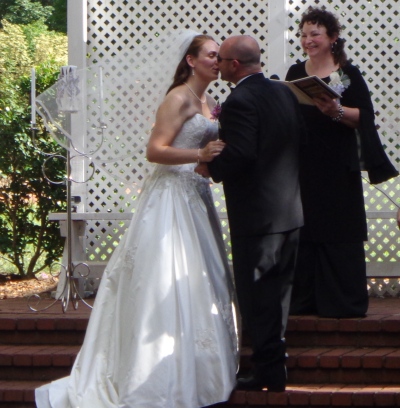 The bride was so impressed with the kiss that her veil got a rise out of it!

“May I now present to you Mr. and Mrs. Somebody!”

As they waited for pictures to be taken the groomsmen laughed as the bridesmaid took the matron of honor to task for her shameful behavior. “Next time at least put on deodorant!” 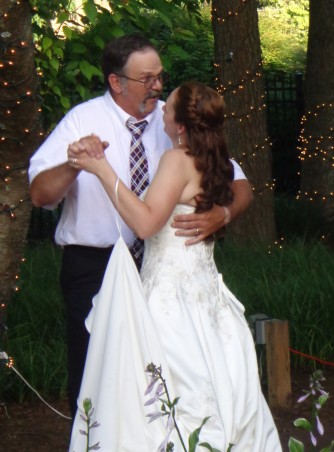 “I can’t believe that you went through with it!” her father exclaimed. 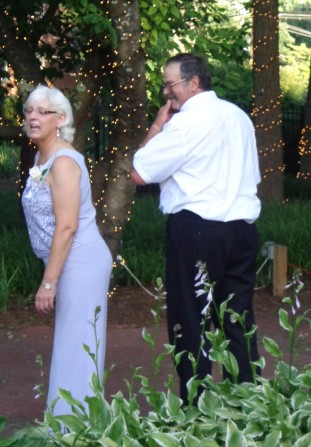 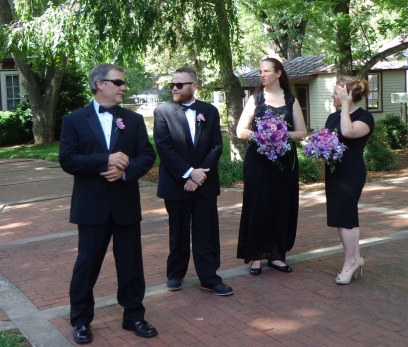