This past weekend was the 2012 Toledo Weak Signals tradeshow for R/C enthusiasts. They have everything from gas powered planes to electric jets to electric cars and boats. There is almost anything and everything for the remote control hobby. This place was HUGE and every inch was filled with either vendors, people, or displays. It was amazing.

Here’s a good overhead shot of the show. I didn’t take this picture, but it gives you a really good idea of what I’m going to be showing you. This picture probably only shows you maybe a quarter or a third of what was there. It took place Friday, Saturday and Sunday. By Sunday most of the vendors were almost completely sold out of merchandise. 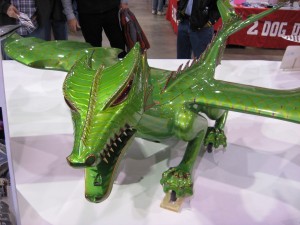 Here’s a picture of it in flight. Don’t try that YouTube address because it won’t work. If you search YouTube for R/C Flying Dragon you will find it. 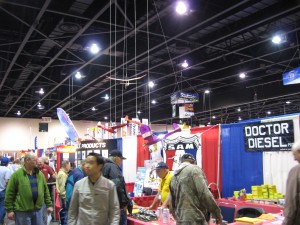 There would be times when Jay was looking at something and I felt like I was in the way of the other shoppers, so I would find my way to the end of an aisle and people watch. Also, it seemed like every where you turned there was something else to see. This booth had planes hanging down from the rafters. 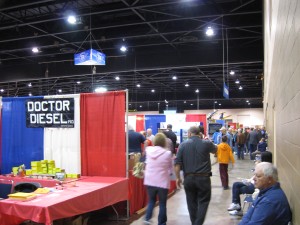 Just look at all of that… you can’t get any more drool worthy than what you see right there. Oh, and Jay thought that the fasteners were pretty neat as well. 😉

I believe that this booth was where the battery chargers were located. What we did was we went and did a big loop, looking at everything. Then on the second pass we took a closer look at some things and made some purchases. Each time we went around there was either a new person to talk with or else something else that caught Jay’s eye. It was a fun time, though. 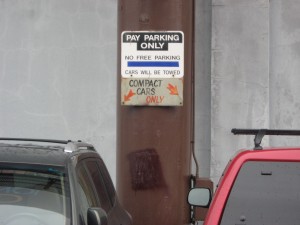 We were parked in a great parking lot, so it made the trips out to the car a lot easier when the packages started weighing me down too much. On one of our trips to the car I noticed this sign that read “Compact Cars Only” and this is what was parked in those spots… 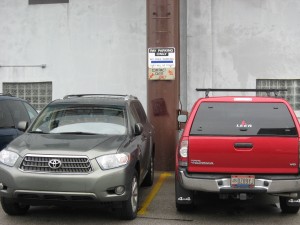 A Toyota Rav4 and a Tacoma pick up! Definitely NOT compact cars. lol As you can see they stick out beyond the ends of the yellow lines. It did make it a bit difficult for Jay to back out of our spot, but we managed. 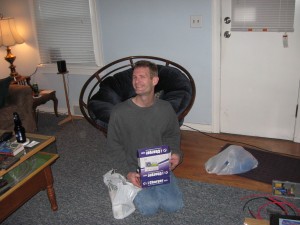 Once we got home the packages could then be opened and pulled apart. It was like Christmas had come yet again. Doesn’t he look so happy??

The stuff scattered all around on the floor is what was purchased on Saturday. It doesn’t look like much there, but it definitely filled up the back of the car. 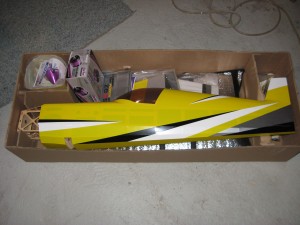 And here is the big purchase of the day… the 58″ Edge from 3D Hobby (I think that’s the vendor). It is a gorgeous acrobatic plane that I know will give Jay lots of fun flying time. I am in hopes that at some point I will be good enough to fly it.