The Wedding That Didn’t Take Place

*The events in this blog post actually occurred, but names, places, and pictures have been changed in order to protect the innocent. *

This weekend I attended a non-descript wedding at a very boring place. I traveled to Altoona, PA for this Wiccan ceremony. It was a wedding for Jay’s step-niece and I was very much looking forward to attending it. I got all dolled up and we headed to the church. After parking the car we walked around the front of the church, climbed the stairs, entered the church and immediately we were stopped.

“Names??” Umm… Jay HotPants. *checks the clipboard* “Okay. Your name?” I looked at the woman and told her Kerry LeBeau. She checks and asks me again. I tell her again. Jay is looking at her clipboard and spots my name… with my last name spelled incorrectly! He tries to point it out to her, but she hugs the clipboard to her chest. Jay tries to peel it away so that he can show her, after she asks me how to spell it and I refrain from saying “I-T”. Suddenly another guy appears. 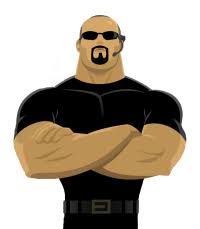 “Is everything okay?” he asks? Before he can get it all out, though, one of Jay’s relatives comes running up and says “They’re fine!” What was all of this about?? It turns out that the groom is part of a bureau and has a job that he’s not allowed to tell anybody what he does. I like to picture him as Jack Ryan from the Tom Clancy novels, but I’ve been told that it’s the wrong service. It doesn’t matter to me.

We get seated and Jay looks around. “They’ve got a sniper in the choir loft!” he says: 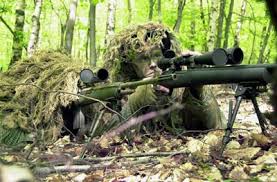 I looked, but didn’t see anything. Just the organist. As we waited for the show to start Jay filled me in on the whole service thing and how pictures weren’t allowed to be taken. There was a special photographer who was contracted to take pictures, and that was it (his identity has been concealed for his own protection).

Finally Canon in D started and the girls started walking down the aisle in their beautiful red gowns with bouquets of white flowers.

Then the Trumpet Voluntary started up, we all stood up, and watched the gorgeous bride walk down the aisle.

It was a beautiful ceremony! The witch doctor who performed the ceremony did an excellent job. He was funny without being obnoxious. The bride carried a bouquet of about 2 dozen deep red roses. Gorgeous! We then were asked to recess down the aisle before the bride and groom did. We were confused, but did as we were asked. Since this wedding took place during a darker time of the day, we were given lit candles to hold as the bride, groom, and party walked out of the church and into the limo. Come to think of it, we were probably being used as human shields.

We arrive at the reception and there is cocktail hour. I thought that I was going to get hassled at the door again, but we were recognized from the ceremony and were let in without any issue. It was here that I noticed a disturbing trend. It seems that I have completely fallen out of fashion! What happens is that you’re supposed to wear beige stilettoes with your short, tight black dress!

I had no idea! Silly me wore tasteful black flats. And a longer dress without a plunging neckline. It was also at the cocktail hour that I noticed my name spelled incorrectly yet again. Apparently it was a theme at the wedding. lol.

We were waiting in line for something to drink when one of Jay’s cousins came up to him and asked if Jay was going to bring some more planes to destroy at the Labor Day picnic next year. Now, you might recall my story of how Jay completely split one of his jets in two by snagging an overhead wire. Without thinking Jay says to his cousin, “Yeah, I have a couple of jets for you guys to destroy. Make sure to bring plenty of ammunition!” You can imagine the number of ‘official’ heads turning at that comment!

Yet again we were reminded that we couldn’t take pictures nor do much of anything. Every time you stood up and walked around you had eyes on you. It was kind of disturbing. Jay and I finally left at 10 because we were both tired and the dancing hadn’t even started! Luckily, I was able to get somebody to take our picture as we were heading out:

1 Response to The Wedding That Didn’t Take Place