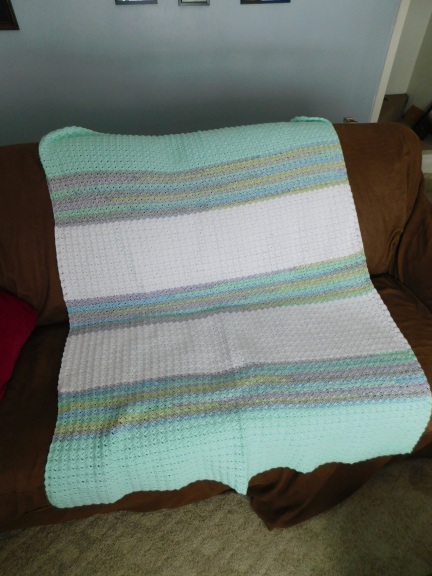 If you recall, I received the Projet Linus version of Annie’s Caring Crochet kits this past fall, but I wasn’t happy with the blanket pattern they included. It was much too holey for what my local director likes to see. Also, there was only enough yarn to make a baby blanket and I typically like to make them bigger for the older kids.

These were the yarns I had decided to use: 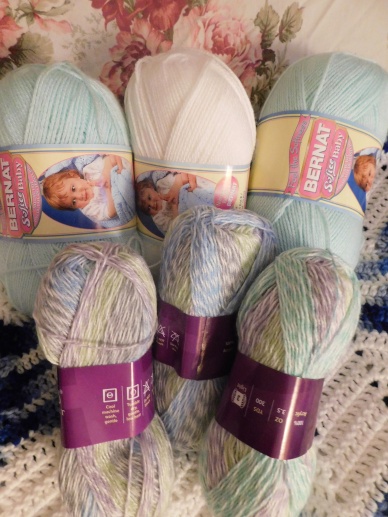 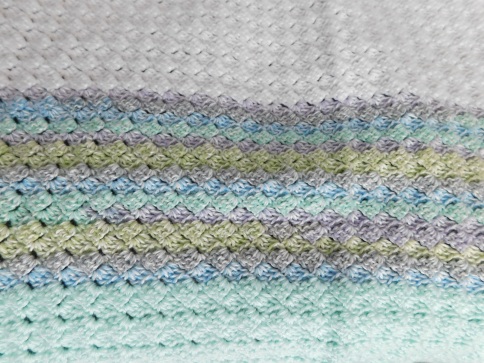 The stitch is the same one that you use when making a corner-to-corner blanket, but instead this one you work in rows. I decided about how wide I wanted to make the blanket, and chained until I got to that approximate width. It ended up being 205 chains. Since this is baby yarn I used a G hook (4.5mm). 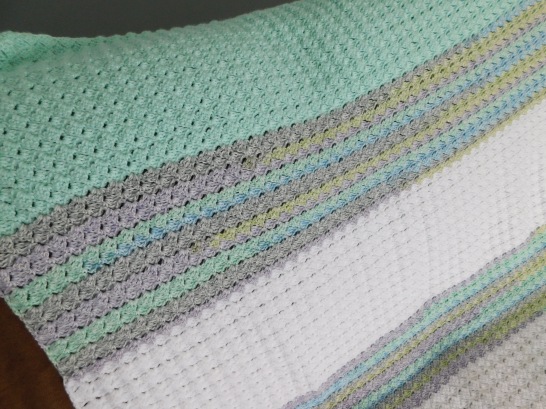 That told me the approximate number of rows I would be able to get out of those three skeins, plus the length that I could expect. Using math I calculated that I would need another skein of white to make sure the blanket was long enough without looking wonky. This was a great project to use up some baby yarn that I had in my stash. 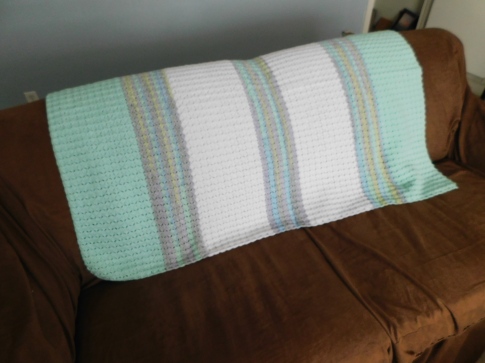 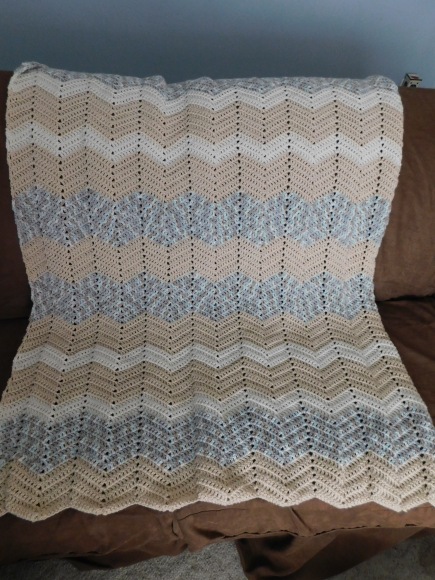 I had a few days off of work right around Christmas, and that’s when I finished the last Project Linus blanket. With a few more days off looming ahead of me I decided to make another blanket. Remember a few years ago when I kitted up a bunch of blankets? I had two totes of kits. I decided that I needed to pull another kit out and get it worked up. I was a bit surprised when I pulled this kit out. 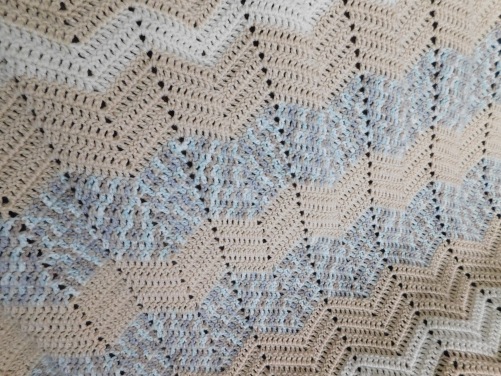 I had forgotten that I’d put together such a neutral-colored blanket. Looking at the colors, though, reminded me of the walls of striated rock that you pass when you travel through the mountains on the east coast. It also kind of reminded me of some of the pictures you see of the canyons out west.

This used Red Heart Super Saver and Michael’s brand CraftSmart. Not very soft yarns at all, at least, not compared to the baby yarn I had just been using. The bad thing about using so many stripes are the many ends you have to weave in. I decided to do that as I went along and it really helped. Usually I leave them all for the end, and then typically I end up having to sit with three or four blankets that need to have their ends woven in before I can wash them and drop them off. 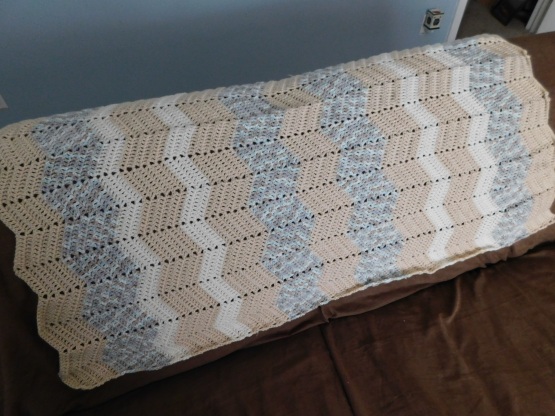 This kit was the last one in the tote. Of course, I quickly filled the empty tote with other yarn that had been sitting out in the open. I have one more tote of kits to work through before I can start kitting up more. The ripple pattern is nice, but I like experimenting with the Stitches of the Week. I’ve been trying to write down the details as I work through the blankets so that if I want to make another one I will know just how much yarn will be required.

As an aside, I cancelled my membership to the Annie’s Caring Crochet club. Most of what I had received so far were just hats. If I loved making hats then it wouldn’t be a problem, but I don’t. They are a nice pallet cleanser now and again, but I didn’t feel like I was really getting the value out of them. I signed up for another crochet club, though. This time I went with Mary Maxim’s crocheted afghan club. You get a pattern and enough yarn every quarter to make an afghan. It was only about $10 more per kit as compared to the Annie’s kits. I hope the afghans are something that I can use for Project Linus. Even if I don’t like the pattern I might be able to try some yarn that I’ve never touched before. It should be interesting!