Jay has been working on his latest N Scale Model Railroad layout. He had laid out the track and started to work on the scenery. Then he ran into an issue. 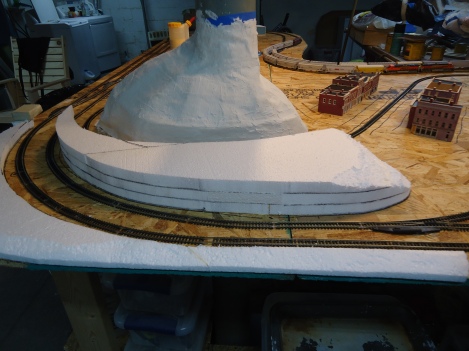 He had glued pieces of Styrofoam in order to model a hill with cut-outs for the track. It will eventually be painted green… no winter scenes in this house! I tried talking him into turning the support pole into a UFO tractor beam with little cows glued to it and a pie pan at the top for the saucer, but that idea was vetoed. Anyway, back to Jay’s problem. You can see where he started to shape the hill with the tools that he has on hand. 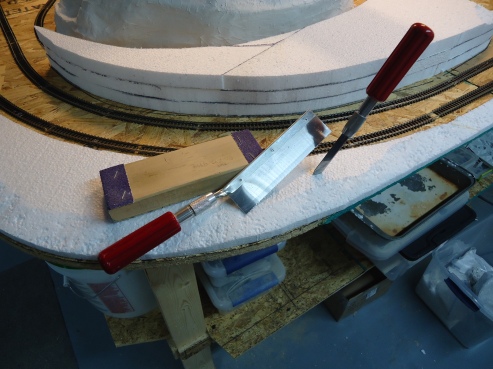 If you’ve ever tried to cut Styrofoam then you know the mess he was creating with this method. He could have purchased a hot wire tool that is made specifically for cutting foam. You can find them on Amazon for around $20.

This is Jay, though, so why do something as easy as buying a foam cutter when you can make your own? Okay, to be fair not everybody has the equipment on hand that will allow them to make their own foam cutter. Jay, however, happens to have a battery charger that he uses for his model airplane batteries that also has a foam cutter mode on it. I don’t know much about it. All I can tell you is that it’s an iCharger battery charger. Jay absolutely loves it for charging batteries and now he loves it for cutting foam.

He used SketchUp to draw the handle for his wire cutter. 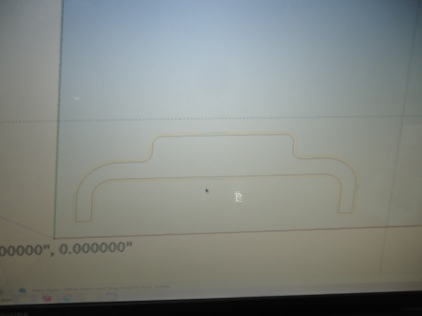 Then he sent the code over to the CNC Router to cut it out of some plywood that he had on hand. 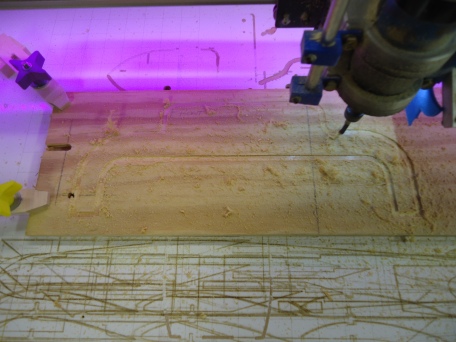 Jay’s philosophy is that if you have the machines… you should use them. So he did.

A few more modifications and he was ready to roll. 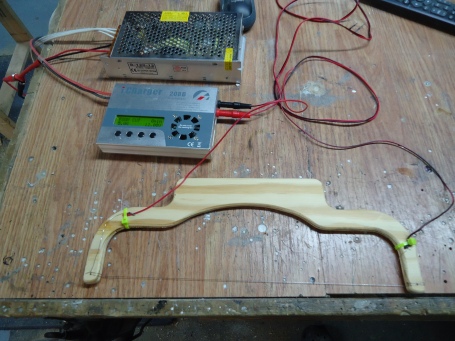 I was called down to see what he made and to take pictures. 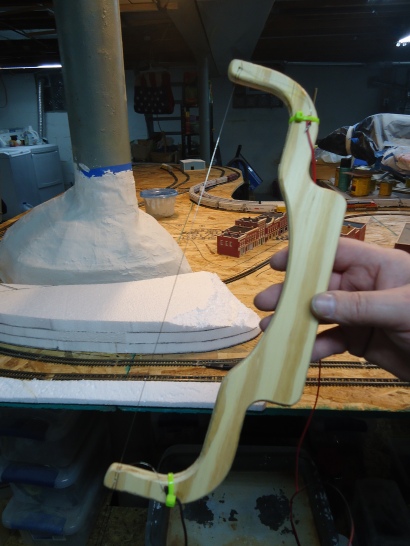 This is for scale so you can see how big he made it. I can’t recall what gauge wire he used. I want to say 26. If that’s not right I know it was somewhere in that size range.

Let’s see how it works… 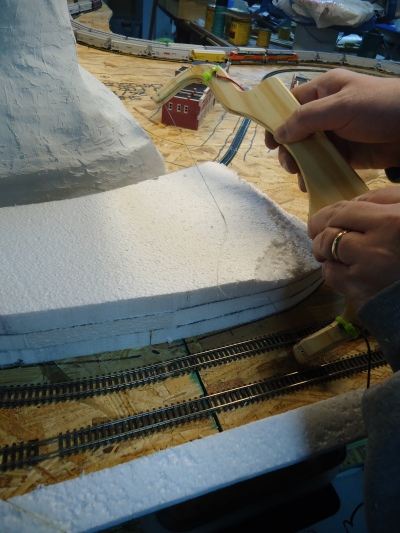 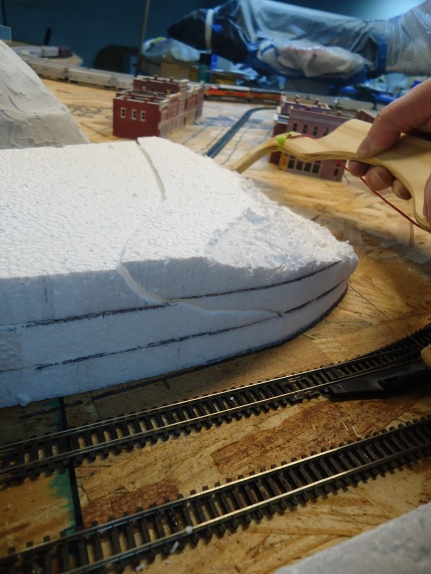 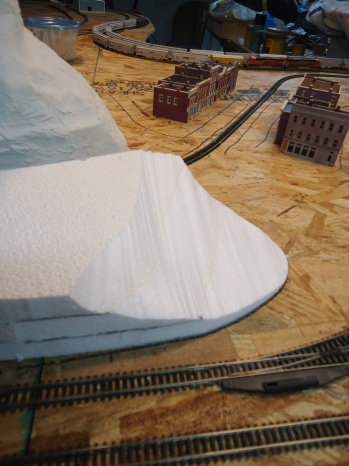 That worked quite nicely!

After the first cut Jay moved on to the rest of the hill. 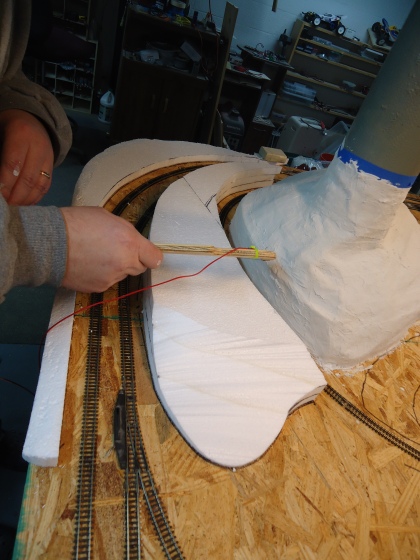 This was MUCH cleaner than the cutting tool method he started to use. 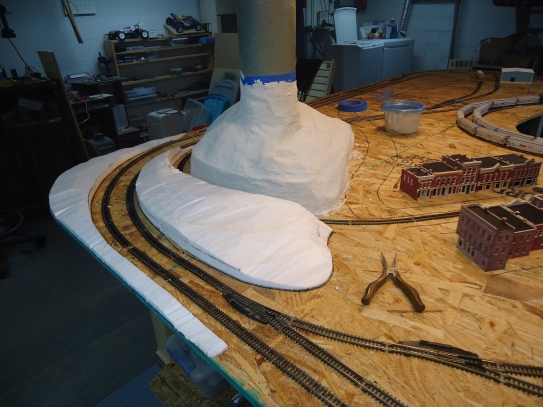 It worked really well, but he did make a smaller version. Also, the hot wire did burn the wood where it wrapped around the bow. 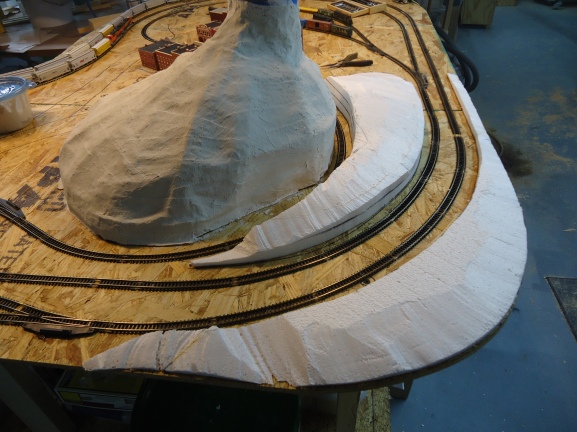 It worked nicely, though, and enabled him to use equipment that had just been sitting idle for a few years. There was one last step, however. It had to pass inspection. 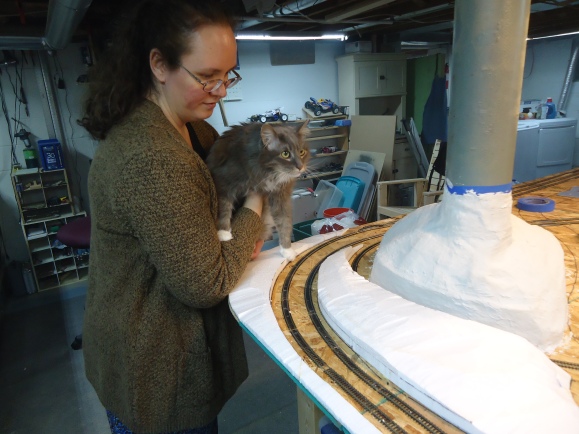 Bob looked it over. He passed his paw over it. He asked Jay a few questions about technique and structure. Bob is a really good inspector because his face didn’t betray what his thoughts were as he listened to Jay’s answers. In the end, though, Bob gave it his lick of approval. Good job, Jay!