Despite the fact that Jay’s been busy making things out of wood, he has managed to fit a lot of machining into his remaining free hours.

If you recall, he is busy upgrading the spindle holder on his CNC router.

The 3D printed parts just aren’t as robust as one would hope.

He’s made some good progress on the end plates. They look kind of like this:

The end plate is underneath all of those wires, stepper motor and connectors.

He took a piece of aluminum and cut out the shapes that he needed. 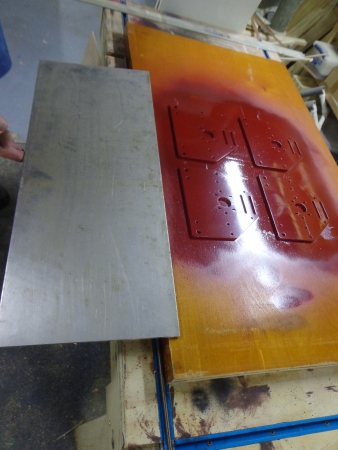 After slotting and drilling holes he spray painted them red.

I always try to get him to spray paint stuff sparkly silver, but he usually just ignores me. Who wouldn’t want a sparkly CNC router?? Apparently Jay…

He also realized that he needed more carriage wheels. A LOT more. So there was a lot of plastic machining going on in the workshop.

I have no idea why he needs aluminum fuses, though.

I wouldn’t think they would work. Who knows.

He also had to machine out some belt wheel thingies. 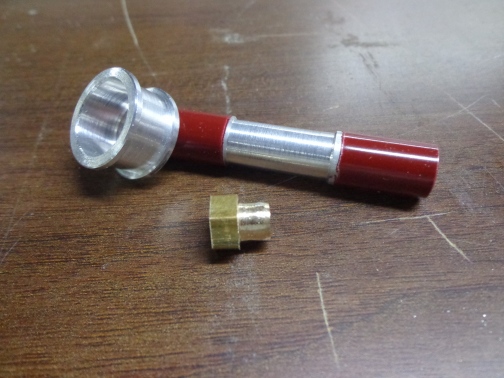 Along with a brass hex cap thingy. As you can see, I know ALL of the technical terms.

That’s all I could see going on in the basement. There was probably more, but I couldn’t find it because a lot of it all looks like scrap to me. Hopefully I’ll have more to show you in a few weeks.

And just for randomness, here’s a picture of Bob: