Last week I showed you the wolf 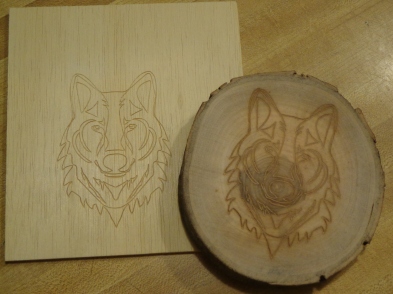 that Jay had agreed to do for a coworker. When the giant carvings were done Jay had the coworker over to double check they were what he wanted. He was very happy with them. Then we asked how he would like them finished. I had an idea that I wanted to try where I use a pipette to spew dark stain only in the carved areas of the tiger, then when it’s dry I would go back with a light stain. I wanted more contrast than what we had with the dog clocks. 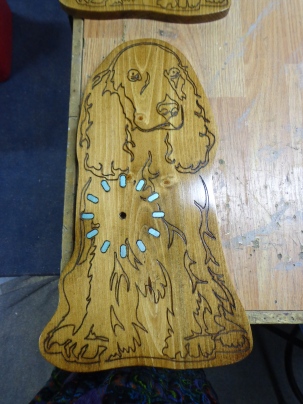 Well, the coworker decided that since it’s a White Tiger he would actually like it to be painted. Then he decided that he might like the wolf painted, too. He likes the look of wood, but the gift recipients aren’t as keen on it.

This put me into a slight pickle. After all, we all know that I can’t paint very well as evidenced by these two pieces: 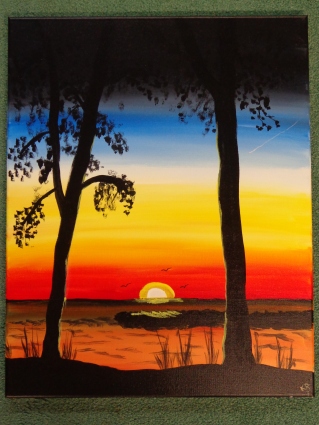 I am definitely more comfortable with stain as my medium of choice. However, since these are gifts I agreed to paint them. I asked Jay to make a couple smaller samples so that I could try some different types of paints or colors. Then I went out and bought what I thought I would need.

Here we have my samples (there’s an additional carving on the back so that I have two of each) and the collection of paints.

For the tiger I wanted to try some regular latex paint as I thought that might give it the coverage and density that I want.

Then for a different kind of finish I decided to go with a chalky acrylic paint. I’ve never used it before so I’m interested to see how it turns out. 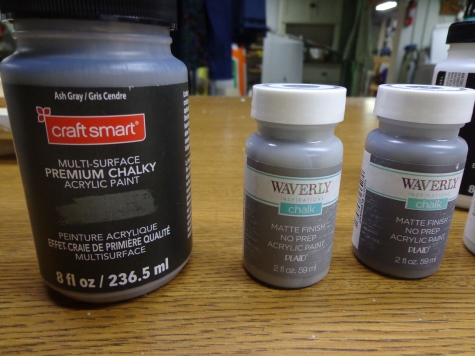 So far I have one of each done. First I worked on the wolf. 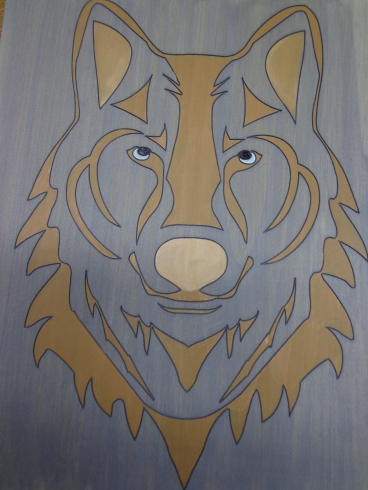 The base color is actually a gray wood stain. I colored the rest of it in with various acrylic colors. The coworker said that most of his daughter’s wolf stuff is of the gray/gray variety, so I wanted to just show him how a different colorway would look. I’m also not sure about the eyes. I wanted them to have that ice blue color that some wolves have, but I don’t think this will work. I might have to try the orange-brown for the next one.

Then I painted the tiger with the latex paint.

The black didn’t cover as well as I had hoped, and the eyes are a bit weird looking, too. It definitely has to have the piercing blue eyes, but I need to do something different, I think. I tried to shade the inside of the ears so that they went from darker in the interior to very light on the edges. I don’t know. I’m not convinced.

The second test samples are currently drying as I type this post. I’ve painted the base colors and they have to dry for 2 hours before you can add another layer. Which means I will be working on them tomorrow night. The stripes on the tiger take FOREVER to paint. It won’t be as bad on the real one because it’s much bigger so the painting areas are larger. Let’s hope so!