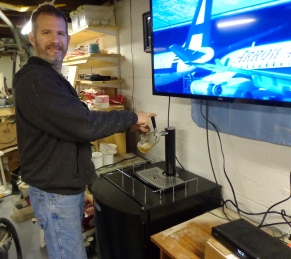 Jay loves making stuff in his workshop. He spends a LOT of time in it and he’s always wanting more ideas of things he can make.

Every Christmas we try to come up with things that we can make for my dad and brother-in-law, Chuk.

One year we made them snack boxes: 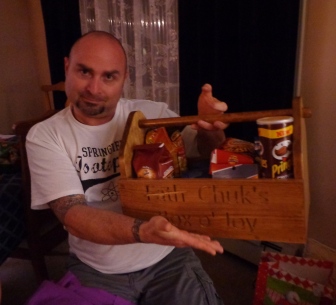 Last year we made them lap trays (which I somehow missed getting pictures of them at all!), and other various things. It gets harder every year to think of something new that they can actually use.

This year I decided that they needed some kind of remote control holders. After all, it seems like EVERYBODY has a billion remote controls nowadays. I knew that I wanted to make one in the shape of a barn for my dad, but we were stumped when it came to Chuk’s. In the end we decided that he would just have to deal with getting a barn, too.

I did a rough sketch for Jay (someday I’ll have to take a picture of one of those so you can see just what Jay has to work off of for me!), and then he drew it in SketchUp and cut it out. They had real potential! 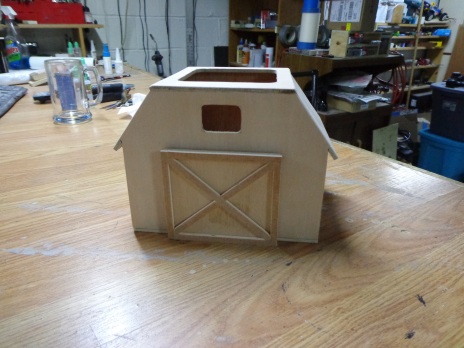 I have to admit that considering Jay is a city kid, he did pretty good with the design. I had to help him out a bit with the door, and I would have preferred a larger opening for the hay loft, but it was good enough! 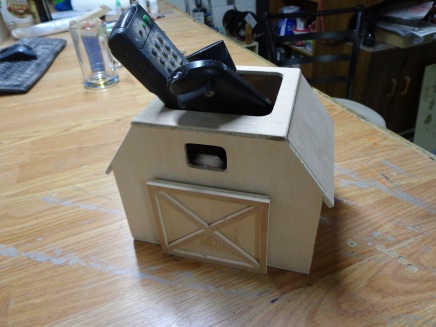 Using Jay’s remotes I made sure that there would be room for them to fit into the opening. Again, it looked good! 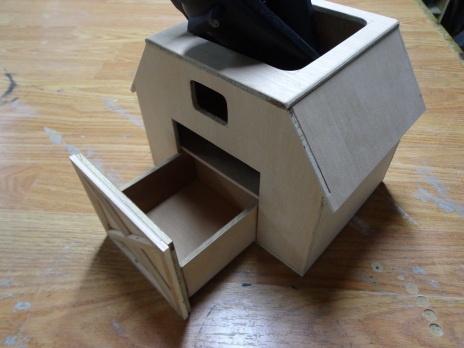 I asked Jay to make a hidden drawer using the barn door so that candy or whatever could be stashed close at hand. You can see where Jay installed a shelf so that the remotes don’t fall into the drawer when it’s closed.

Once the design and construction was done the barns were handed over to the finishing department. This is where I really let the team down. I was busy doing other things so I didn’t spend as much time on the barns as I would have wanted. Also, I really suck at painting and finishing things, so I only approached these halfheartedly.

Once the paint was dry I marked out lines to add a little detail to the sides, so that they looked like boards. Then I did a little bit of weathering. 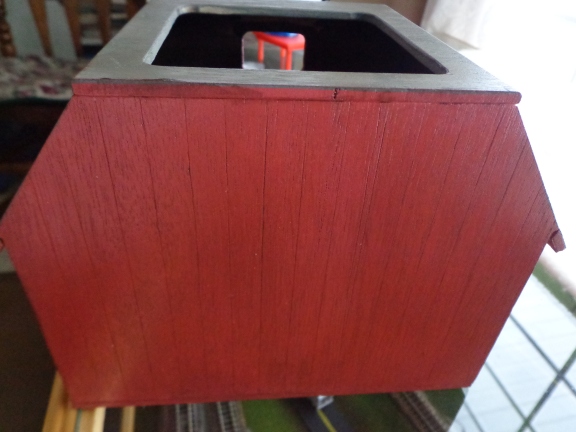 If you’ve lived on, or near, an old barn for long enough you know that the roof is not a bright, pristine metal roof. There’s going to be some weathering on that, too.

I did my best using some techniques that I’ve learned from my model railroad structure painting sessions. *sigh* I need more practice.

Again, they turned out okay, but definitely not anything I would write home about. Besides, they are just meant to sit on a stand and hold remotes. They don’t have to be perfect. Do you want to see the finished product?

I wanted to do more with the hay loft, but ran out of time. We added the header board above the doors to personalize them. Again, I wanted these to look like old weathered barns. I came kind of close to what was in my head.

I think the drawer came out nice, too.

What do you think?