Book Review: A Call to Mercy; Hearts to Love, Hands to Serve 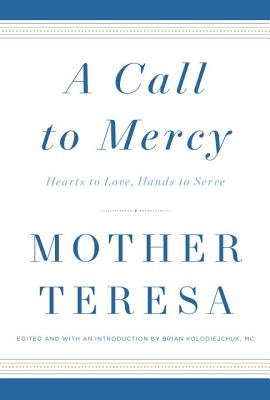 When I was growing up the model of perfect goodness was Mother Teresa. If anybody could be classified as holy and saintly, it was her. Before reading A Call to Mercy the only thing that I knew about Mother Teresa was that she was a very well-known nun in India. Since she was just canonized I decided that I wanted to know more about this woman.

To say that reading this book will humble you is an understatement. I often had to put it down because I was left feeling completely undeserving of even reading about Mother Teresa. This woman was the epitome of Christ on Earth. She saw the poor and downtrodden whom everybody else overlooked, and not only did she SEE them, but she touched them and showed them true kindness and love. I believe that was the most important part of her ministry, the ability to really see people when so many others had passed them by because they were a leper or an outcast of society.

Despite feeling that I could never come close to being as good and kind as Mother Teresa, I was left with an impression that was made upon me by this humble little woman. As compared to most of the people with whom she dealt, I have no complaints and want for nothing. Yet, there are times when I feel despondent or lose hope with how things are going. Living in such great conditions as I do, can you imagine how Mother Teresa must have felt? Yet she never seemed to lose hope or become jaded. When told that there was so much evil, corruption and nastiness in the world Mother Teresa responded, “I know very well there is corruption,… but I know also there is good! I prefer to see the good.” Let us all follow Mother Teresa’s example and try to see only the good.

The book is separated into parts based on the seven corporal and seven spiritual works of mercy. Each part starts with an introduction on Mother Teresa’s understanding of that particular corporal or spiritual work, which is followed by a section that is made up of quotes from her writings. The last section of each part consists of testimonies by those who were closest to her or who collaborated with her for many years. To finish up, each part ends with a section of questions for reflection and a prayer. Having the parts set up in this fashion made the book easier to read. Instead of reading a giant chapter you could break it up into sections more easily so that you could set the book down without feeling like you were right in the middle of a chapter. My favorite parts to read were the testimonies because you truly were able to see Mother Teresa in action. She was such a humble lady that I’m sure she wouldn’t want most of the stories to be told of her many kindnesses and acts of mercy.

I highly recommend this book to anybody who wants to get to know Mother Teresa much better, or who simply wants to do some soul searching. This book will definitely make you look at yourself in a different light. Perhaps it might even inspire you to go out and do some good today.

Disclaimer: I received this book from Blogging for Books for this review.