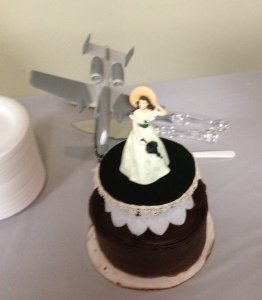 Mood: Tired, but happy about a productive day

I’m disappointed that I didn’t lose any weight this week. Although, I have noticed a little bit of a trend. The weeks that I’ve really hit the peanuts and cashews hard are the weeks where I don’t lose any weight. So, I guess that I will lay off of them for a bit and see how it goes. It could be completely unrelated, or it could be the catalyst. We will definitely have to see.

I am also going to partially blame it on the fact that I had a mudslide last night at dinner. I have to admit that I’m still scared to re-introduce the stuff that I’ve been cutting out of my diet for the past month. However, my Nutritional Therapist said that I could have one to celebrate… so I did. I am very disappointed to admit that it was not nearly as satisfying as I had thought it would be. I told Jay that it just tasted… sweet. It could have been how the bartender mixed it, but I really couldn’t distinguish any of the flavors in it. I tasted the oily flavor of the whipped cream, but the rest of it was just… sweet.

You know, maybe it’s kind of like how you build something up in your mind about how good it used to be, and then when you experience it again it’s a bit of a disappointment. I guess that’s the way that I’m feeling about this whole sugar thing.

And again, my brain has recalibrated itself. This is a bit scary for me because never in a million years would I have expected this to happen. Here’s what happened: I was thinking about the bag of gluten free black licorice gummies that a friend had given to me last weekend. I was trying to determine if I would have the will power to eat just one at a time. You see, I LOVE black licorice and it’s hard to find it in a gluten free form. As I was contemplating this it suddenly hit me. I have a recipe for Paleo gummies (they use stevia as a sweetener, not real sugar) and even though it calls for orange flavoring I could always swap it out for anise flavoring and I could make my own black licorice gummies! Also, if I don’t add any coloring to it I can make black licorice gummies that won’t turn my mouth blackish blue! I actually became excited at this prospect!

The first food that I’m going to begin to re-introduce is potatoes since I had to give them up due to their starchiness. Today at my parents’ house I had a baked potato and it was good. Much more satisfying, actually, than the mudslide last night. Some time this week I will make a batch of tater tots. Mmmm… tots!!

Oh, and last week the grocery store had my favorite gluten free pizza on sale, so I bought one. I have it in the freezer and I’m waiting until I can add in the gluten free bread again. But it’s on hand.. waiting… 🙂