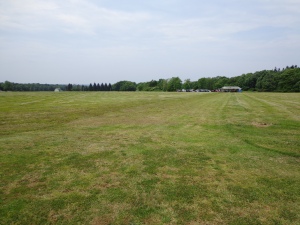 This past Sunday the flying club held a Fun Fly. In the eleven months that I’ve been dating Jay, this was the first Fun Fly that has been held where only three or four people flew their planes. The weather did not cooperate with us at all. The forecast called for afternoon thunderstorms (that never came), and it was cloudy and very windy all day. Very few people dared to put their planes up into the air. 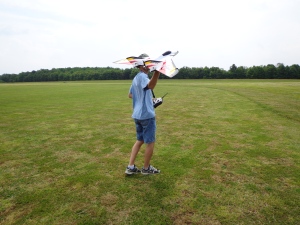 Guess who managed to get four flights in despite the wind…

This is Jay’s Stryker. This plane doesn’t even seem to notice the wind at all. In fact, when we were down at SEFF and couldn’t fly anything because it was horribly windy, these things were often in the air. It flies just as nice whether it’s windy or completely calm. 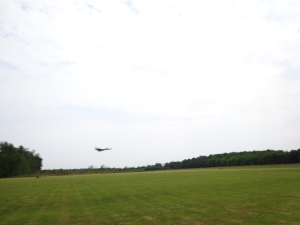 For my birthday my wonderful boyfriend gave me a new digital camera that is fancier than my old one. My old one was only 7 megapixels, the new one is 16. It also has some neat features that I decided to play with as Jay flew. 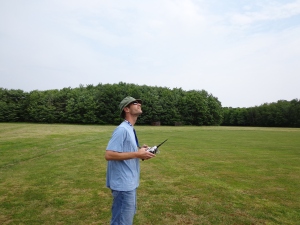 All of these pictures have been taken with my new camera. I wanted to compare some of the fun features, though, so I hope you don’t get bored with the next few pictures.

This picture was taken in the automatic setting where the camera figures out what it needs to do to get the best picture. Not bad, right? 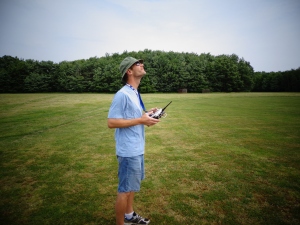 For this picture the camera was in ‘Toy Camera’ mode. I guess that it’s supposed to simulate the type of picture that a cheap toy camera would take. I think it’s interesting that it brightens up the center of the picture and darkens the edges. 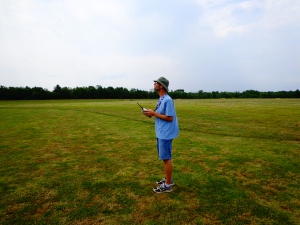 Poor Jay. As he was flying he had this annoying person flitting around him making beeping noises with her camera. He made for a good test subject, though.

This picture is ‘Popping Colors’ where it brightens up the colors in the picture to make them pop a little more. 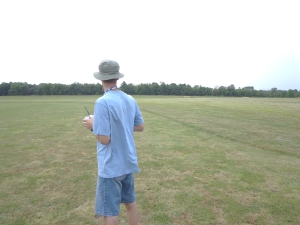 This picture almost looks washed out, doesn’t it? It’s the ‘Soft Colors’ mode. Maybe it’s supposed to bring out your feminine side? lol 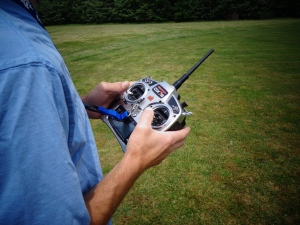 This is my radio. Jay has his Stryker on there, so I let him use it until I am actually good enough to fly on my own. lol. Jay bought himself a new DX18 radio that is really fancy. When we were at the Toledo show I told him that if he got the DX18 then I get his 7. He was okay with that. Now I just have to learn how to fly… 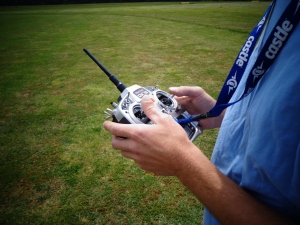 I am tempted to actually pay to update my blog so that I can download my own videos to my blog. I took a video on Sunday of what Jay’s thumbs look like when he’s flying. They are constantly moving. It almost looks like he’s doing a ‘pop’ maneuver with these thumb positions. Sometimes I love to just watch his thumbs while he’s flying because it’s fascinating to see all of the little corrections he’s constantly making. 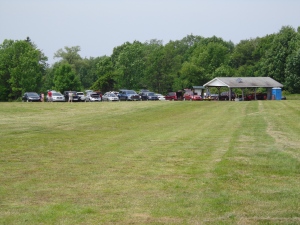 The crowd was a decent size, but like I said very few people actually dared to fly. Everybody was at the shelter waiting for the picnic part of the day to begin. Jay and I were out at the flying circle.

This is the flying circle. This is the panoramic mode that my camera allows me to take. You hold the button and slowly scan in the direction that the camera tells you to. 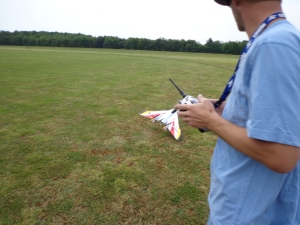 After using up two batteries, Jay landed for the last time and we headed back to the shelter. 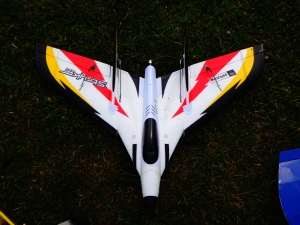 This is Jay’s Stryker. It really is a neat little plane. Especially when I take a picture of it in the ‘Popping Colors’ mode! 😉 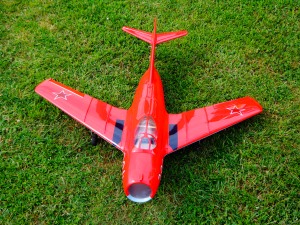 Doesn’t the MiG look great in the Popping Colors mode, too? This jet looks great no matter what mode it’s in. 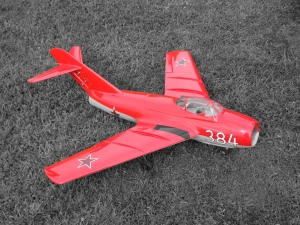 See! This is the ‘Contrast’ mode where it just picks up the red. It really makes it stand out, though, doesn’t it? 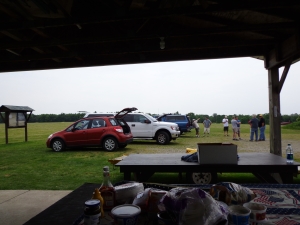 For the rest of the day we just hung out at the shelter and chatted it up. It’s too bad that it was so windy. Friday evening I flew one of the guy’s Radians for about 20 minutes. It gave me good practice on turning and leveling out. I just wish that I could get more time on the sticks. *sigh*