Looking At the Stars

Often when I go outside at night I see a sight similar to the picture that you see above. Up until about a month and a half ago I would just gaze up at the night sky and marvel at how beautiful it is. Space seems so vast and makes you feel so tiny and insignificant when you sit and contemplate it for a while. I would also look at all of that beauty and wonder how anybody could question the existence of God after really looking at a sky full of stars.

A month and a half ago I met my boyfriend, Jay. You will remember him from previous posts regarding remote control airplanes. He’s the really hot guy in sun glasses with a jet or plane of some sort. Besides being brilliant when it comes to remote control airplanes (just ask any of the guys in his flying club… they all look to him as the expert in both mechanics and flying), he is also very interested in astronomy. The only thing that I knew about astronomy was that my best friend’s brother was so interested in it that I believe he has a degree in it. Oh, and when I was really young they used to bring a traveling planetarium to my school. Back then it seemed HUGE, but now that I look back on it they used to put it in the ninth grade science room, so it really wasn’t that large. In fact, I think that it looked something like this:

It has been many years since I’ve looked through a telescope. I can usually pick out the Big Dipper when looking at the sky, and the moon of course, but beyond that I’m usually helpless. They are stars and they are pretty. That’s all I know. Friday night, though, Jay decided that he wanted to get his telescope out so that he could see Jupiter up close. He dragged it outside, got it lined up, and focused it in. Then he showed me how to move the telescope to keep Jupiter in the site. I never realized how quickly the stars move. When you stand out in the yard looking at them with your naked eyeball they don’t seem to move at all. Jupiter actually moves quite fast!

It was so interesting to see it through the scope! I just sat there in amazement. I thought to myself, “I really have no idea what I’m looking at, but it’s fascinating!” To think that this planet was SO FAR away, but I could pull it in close to me just by looking through a few lenses. This is very close to what I saw: 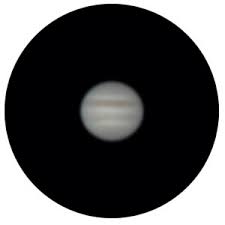 The only difference between this and what I actually saw was that I also saw Jupiter’s four moons, too. Isn’t that pretty?

While Jay is puttering around on his planes, and I’m sitting there stitching, we listen to podcasts that he has downloaded. This weekend we listened to a woman who teaches at Ohio State University. I’m not sure what the name of the class is, but it has something to do with space and astronomy. She was talking about all kinds of things that I didn’t understand, but I listened on the off chance that I would actually learn something. Now, keep in mind that I didn’t really care for science when I was in school. In high school I managed to get an 85 on all four of my science finals (Earth Science, Biology, Chemistry and Physics). Needless to say, this woman’s discussion of light years, Newton’s theory of this and Einstein’s theory of that completely flew over my head. Then she was discussing mathematical theories, and I was really lost. *sigh* I learned a lot, but I’m not sure that I could repeat it. lol

Later in the afternoon I was reading one of Jay’s astronomy books (I think that I need ‘Astronomy for Dummies’… lol) and there was this statement that jumped out at me. It said that when Newton ‘discovered’ gravity (can anybody really discover something that exists all around, but hasn’t been named??) that he figured that the same force that caused the apple to fall from the tree and hit the ground must also be the same force that causes the moon to orbit around Earth. Umm… what??!! How in the world does your mind jump from an apple falling to the ground, to the moon revolving around earth? First of all, if I had been sitting under that apple tree my first instinct wouldn’t have been to ‘discover’ gravity when the apple fell near me. I would have been thinking about whether I wanted to make apple pie or apple crisp. Even if I had taken a second to think about how the apple fell DOWN, I would have NEVER brought the moon into the picture. I figure this is why I didn’t do very well in science. I was much better with algebraic equations. I understand numbers. Numbers are solid. Theories are not, and that’s what I have a hard time wrapping my head around sometimes. This is also why I never enjoyed Philosophy.

Anyway, I had a GREAT weekend and can’t wait to learn more things about astronomy that I won’t be able to wrap my head around. lol. The good thing about that is I should never get bored because it will be brand new every time I hear it, even if it’s for the third time. lol 🙂 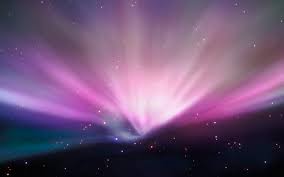 This entry was posted in Star Gazing and tagged Star Gazing. Bookmark the permalink.

1 Response to Looking At the Stars