Next week I’ll go back to posting on Mondays, but I wanted to share one of Jay’s latest projects. You see, he was a very good boy during 2021 so he got some nice things for Christmas. One of these was a portable band saw. 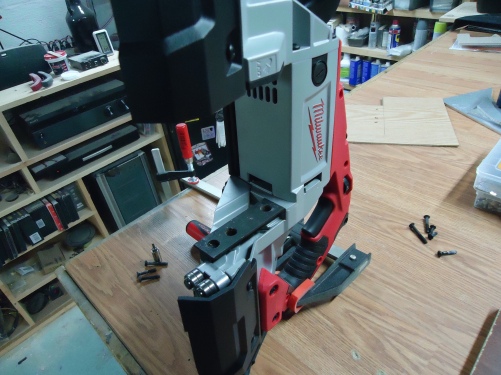 Jay had been using a grinder to cut metal that was mounted in such a way he could use it almost as a chop saw. Then he saw Adam Savage’s One Day Build where Adam built a table for a portable band saw. That was it. Jay vowed that he would eventually own a portable band saw so that he, too, could build a little table for it.

First he took it apart a bit so that he could figure out what size he would make the table.

When he was satisfied with the template, he traced it onto a piece of aluminum that he had sitting around. 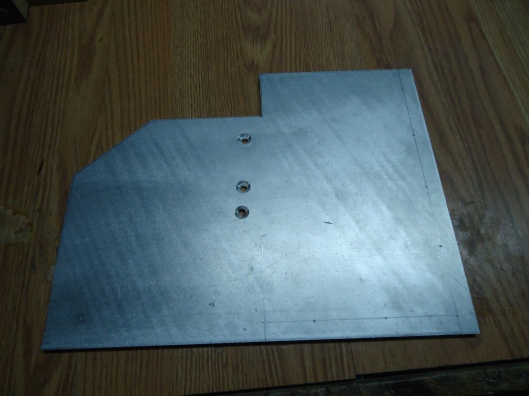 Using leftover pieces of a cabinet that he had torn apart, he made a table frame. 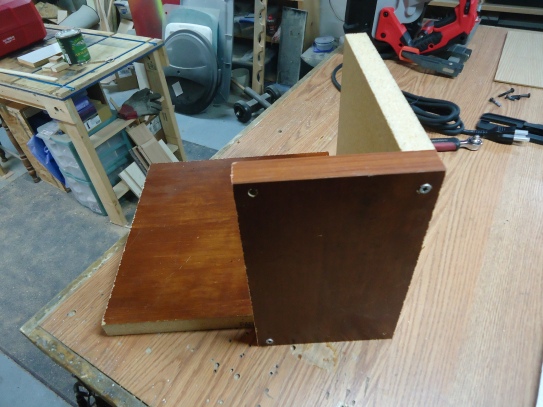 He then mounted the table top on the frame and drilled holes so that he could screw the two pieces together. 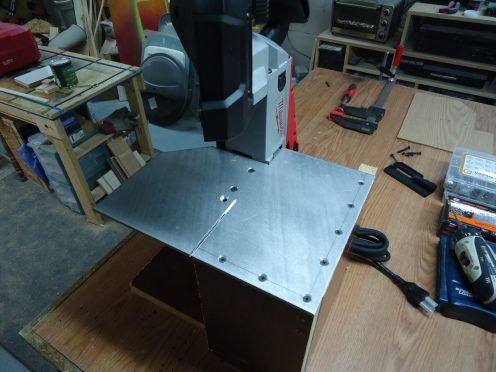 Then he had to determine where the blade would be so that he could cut the access slit. 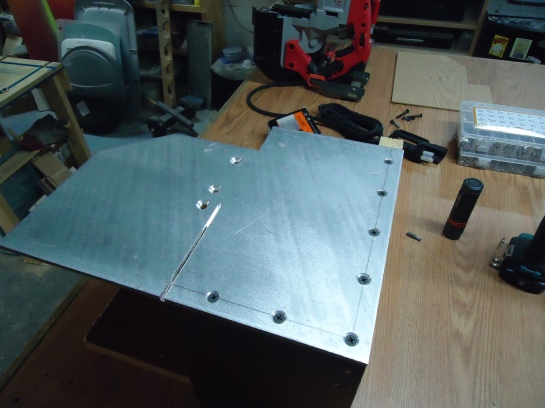 Let’s see how it looks with the blade installed. 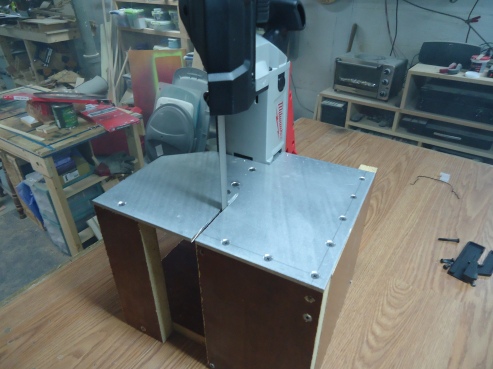 The last thing to figure out was how to run it without cutting the cord and wiring it to a button (like Adam did). Jay came up with a pretty good solution. 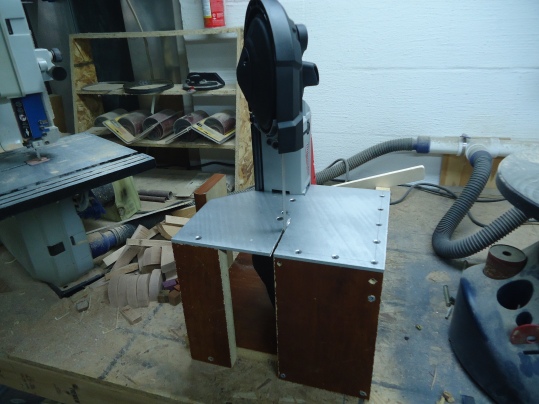 The handle sticking up behind the table is the On/Off switch. When it’s pressed down the lever presses against the button on the band saw. To shut it off, just lift the handle. It uses a friction fit to make it work. The variable speed dial is easily accessed, too.

Do you like the idea of a portable band saw table, but lack the workbench space? Quinn (Blondihacks on YouTube) made one that mounts in her vise so that she can put it away when it’s not in use. Check it out!