If you know me or have followed my blog for a while, you might already know that I’m a bit of a Civil War buff. 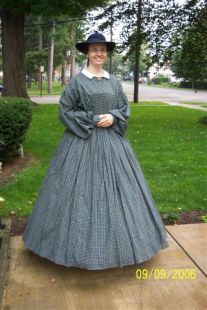 It turns out that my knowledge of this era came in kind of handy. Jay was trying to figure out what project he could make next in his machining shop.

After all, what’s the fun in having toys if you can’t use them. For whatever reason he decided that he was going to make a cannon that fires. He would turn the barrel on his lathe and make the carriage out of scrap wood in his shop. Luckily he works at a foundry so he has access to all kinds of scrap pieces of cast iron.

His first attempt was to make a Napoleon cannon (one of the most popular cannons during the war). Here is an image of a 1857 model Napoleon gun that can be found on the Gettysburg Souvenirs and Gifts website:

Jay did a really great job with the shape. He did this freehand without any kind of template.

My expertise was constantly being called upon. Did it look right? Does anything look off? Do the proportions look good? I have to say that I shocked myself with how much I’ve remembered about Civil War artillery since I haven’t really studied it in a while. At one point I wanted to be a tour guide at Gettysburg, but that’s not going to happen any time soon so I haven’t kept up with my reading.

We discussed a few things (like the carriage), but since Jay isn’t going for historically accurate it’s not a big deal. We just want it to be close to accurate. With that in mind, he did a few modifications.

Don’t those wheels look so much better??

Yes, it really does fire. There have been wads of paper towel shot all over the basement.

You can see that firing it has worn some of the paint away.

Did Jay stop there? Of course not! That would be too easy.

Next, he decided to model a Parrott Gun.

Here’s a picture that I have in my own personal photos:

I know, not a very good picture, but you get the idea. It’s a smaller gun with a band running around the back of it instead of just the smooth bulbous rear.

This is Jay’s version. It’s just a little guy.

Due to its size Jay was not about to try to make spoke wheels for this one. So it will just have to deal with the full plywood wheels. 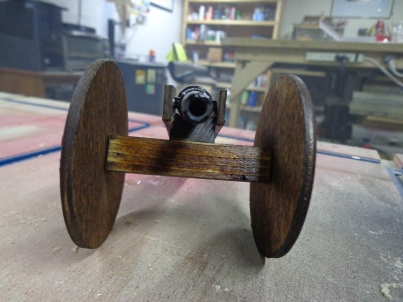 It makes quite the pop when it’s fired. Yes, this one has also been fired in the basement.

Jay has done a really good job with the barrel profiles.

I had thought that we had reached the end of cannon models, but apparently not because I was soon called down to the workshop to see this one fired:

I suppose that your range of artillery is not complete without a mortar.

After all, when you’re laying siege to a fort you need some oomph behind your shelling. Am I right?

You might appreciate this story… the workshop is technically right below our bedroom. I was just drifting off to sleep when I was startled awake by a POP!! I actually jumped. I then heard the laughter that accompanies almost every cannon shot coming from the basement. Apparently it was the maiden shot of this mortar that I’d heard.

Finally, we have reached the end of the J. Cannon line, but we do have one more weapon to showcase. Have you ever said to yourself, “Man, wouldn’t it be great to have a trebuchet?” Well, I no longer have to ask myself that:

I’ve been told that quite a few nuts have been launched in the basement using this weapon. Here’s an “action” shot:

Listen closely and you can hear the laughter, too.