Sewing – Replacing Pockets In A Coat

Remember the blog post that I did about Dave’s bag? Well, after reading that Dave asked me if I could possibly replace the pockets in his wool pea coat.

My mending/altering skills are very limited, but I told him sure. After all, what’s the worst that I could do? If I failed miserably then I would just sew them shut and tell Dave that now he would just have decorative “pockets”. Right?

After letting the coat sit around my sewing room for a few weeks I decided that perhaps I should take a look at it.

Yikes! No wonder Dave kept losing his marbles! There was a giant hole that they kept rolling out of, and the other pocket was even worse. The rest of the coat is in great shape so I wondered how in the world he could mangle his pockets so badly.

Ah ha!! He keeps kittens in his pockets! It’s no wonder they were all shredded. Kitten claws are like little razor blades. When I have kittens if I have packages to open I just pull a piece of string across the seams and the claws rip them right open.

Dave had provided some material to use for the new pockets

Unfortunately, it was just plain linen. It wasn’t teflon or kevlar coated, so I will have to warn him to not keep his kittens in his pockets if he wants them to last. Silly Dave!

After taking the first pocket out and ironing it I had a green kidney.

I used the green kidney to trace onto the new material…

They weren’t exactly the same size, but they were close. If anything they were slightly bigger, and who doesn’t want bigger pockets?

Then I serged the edges to give them some added support and to keep them from unraveling on the edges. 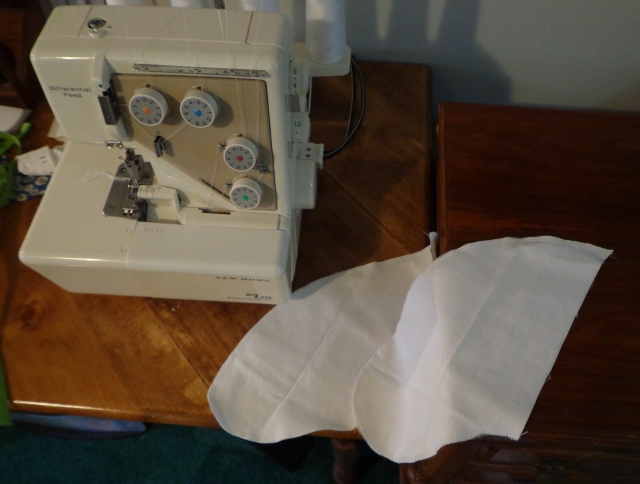 Here’s a size comparison for you:

Next to the new kidneys the old green one looks incredibly unhealthy. It’s a good thing that it was removed! Besides losing his marbles and dropping kittens, who knows what other issues Dave would have developed! 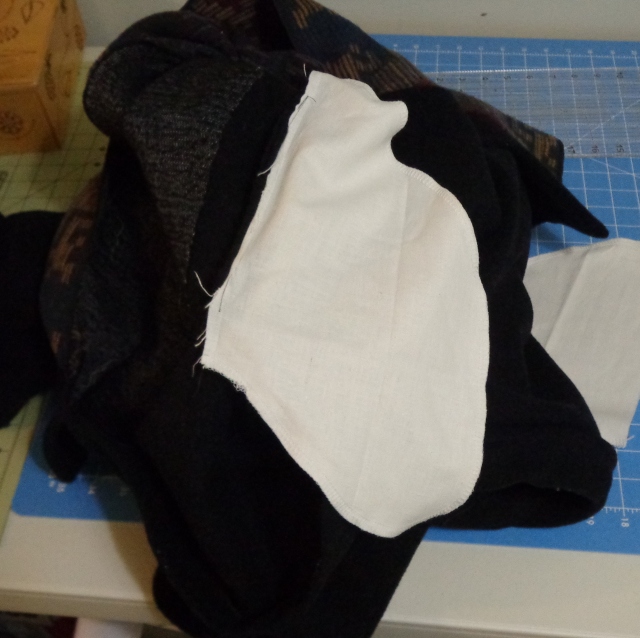 I used my Singer 301A to sew the straight edge onto the pocket as it has a narrower pressure foot. As I was sewing I remembered how much I enjoy using the 301A! It has such a nice clackity-clack sound. Very reminiscent of Jay’s model trains.

After I had done as much sewing as I could with the machine I then proceeded to do a nasty job of hand-sewing. 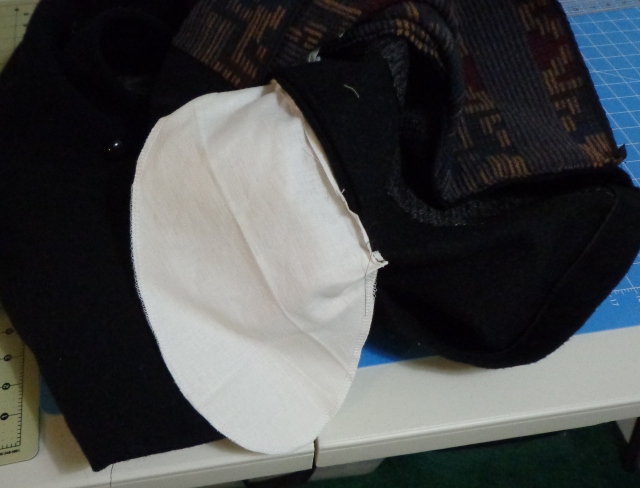 The new kidneys seem to be doing fine, though. I gave the coat back to Dave at church and he left wearing it. So far I haven’t heard about any ruptures or tears. Here’s hoping that it continues to hold!

Speaking of kittens, I have a new pin dish:

Isn’t it cute? My sister gave me this dish for Christmas. At first I didn’t know what I was going to use it for because I’m not one to really keep decorative dishes around. Then a light bulb turned on. I turned it off (no sense in wasting electricity, even though it was a LED bulb) and this is what I had Jay do… 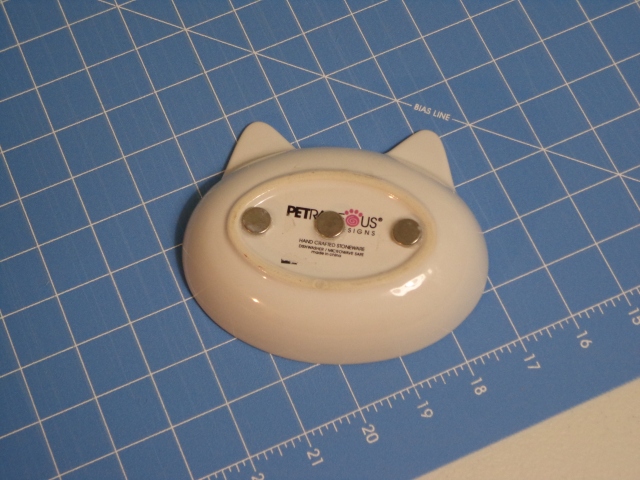 He glued three magnets that I had purchased to the bottom. This dish had a deep enough well that it easily accommodated the magnets. You have to beware of the dishes that really don’t have the room on the bottom. Once it was done I was so happy because now I can put my quilting pins in it:

Here are my pin dishes so far: 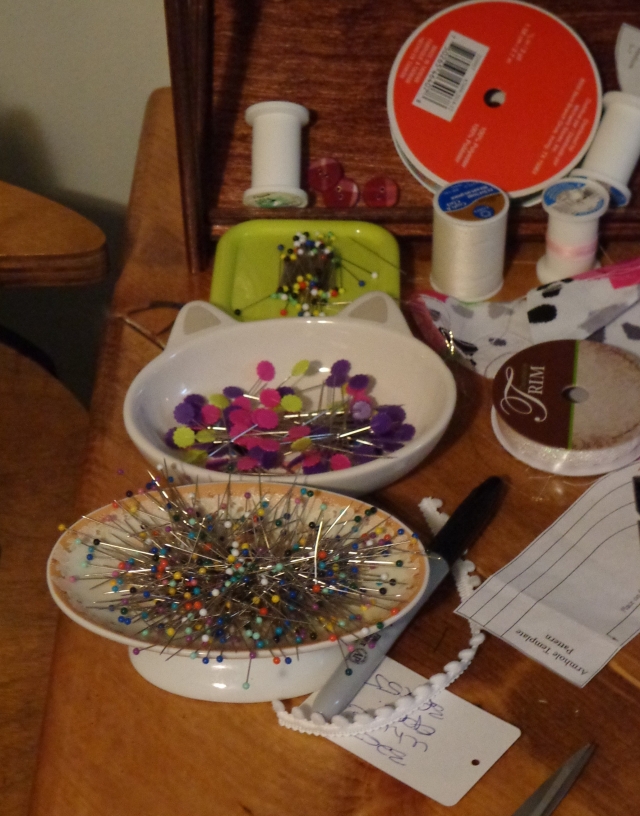 I really like these much better than the plastic magnetic holders. I still use a plastic one for my glass-head pins, but I’m always on the look-out for another dish. You never know when you’ll run across the perfect one.

This entry was posted in Sewing, Uncategorized and tagged Cats, coat, Sewing. Bookmark the permalink.

1 Response to Sewing – Replacing Pockets In A Coat