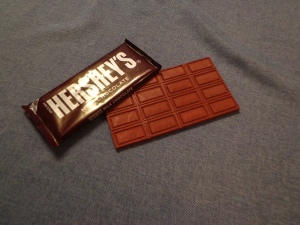 I wish that I could say that this week was a piece of cake (Mmmm… cake….), but I can’t. In fact, this was actually almost as hard as the first week. Every time I turned around I was wishing for a cookie, or a candy bar, or a bowl of ice cream. Actually, what I wanted the most was a giant Mudslide at Applebee’s. This week was busy so I found myself wishing that I could just pour a bowl of cinnamon Chex for supper.

Why was it so hard? I don’t know. Maybe due to stress at work? There were a couple times this last week that I wanted to quit and go work at Hobby Lobby (I’ve been told that it doesn’t count as a second income if you spend your entire paycheck at your place of employment!). There were times at work where I just wanted to drink a bottle of full-sugar Pepsi.

I suppose that I should be happy about the weight loss. And I am. I haven’t noticed it, though. Perhaps this week was harder because I am running out of new ideas for meals. Or the fact that everybody had Valentine’s Day candy out in your face everywhere, including new gummy conversation hearts! I’m sure that they were manufactured in a facility that also processes wheat, but a girl can dream.

This next week is going to be another tough one. Jay will be working third shift for half of it. I have Ash Wednesday mass to play at, plus choir practice Thursday night (which means not a lot of time for meal prep), and then since Lent begins on Wednesday it means that we are dealing with meatless Fridays until Easter. Typically I would serve stuff like macaroni & cheese, tater tots, cheese pizza, etc. None of those are currently on my approved diet. Have I mentioned that I hate planning out meals and then cooking? *sigh*

I guess that at mass on Wednesday I should ask for extra strength to get me through this time of struggle while I am attempting to do something that is good for me.