There are times when you make huge decisions and you’re never sure if you made the right choice. You have to do what is best for you and then live without any regrets. When I was getting ready to transfer to a four year college (after completing my associates degree at the local community college) I was trying to decide if I wanted to continue down the path I had started on. You see, these were my options… 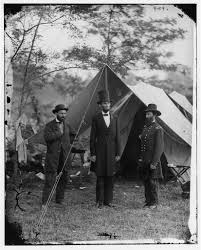 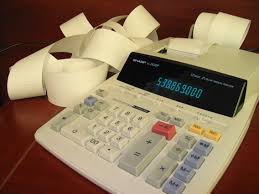 My intention was to major in accounting, get my degree and then get my CPA license. However, I have an intense love and obsession for the Civil War. I looked up what I would need to do in order to take the test to be a license battlefield guide at Gettysburg National Military Park. I dreamed of spending my summers leading tourists on interesting and inspiring tours of the battlefield and the town. To instill the love of the Civil War in the mind of a child, so that the history would continue to be told, was what I wanted more than anything.

So there I stood, getting ready to transfer to a college to finish up my accounting degree and I wasn’t sure if I wanted to continue with that or perhaps get a degree in history. The problem was that the school where I was attending could only give me a degree in history in general. There wasn’t even a concentration in Civil War history. The next issue, though, was that once I had my degree in history what would I do with it?? I read the paper and knew that there weren’t a ton of jobs out there for history teachers, let alone those steeped in the Civil War. I may have dreams, but I’m a realist for the most part. A degree in history would essentially be what I affectionately refer to as a ‘throw away’ degree. In other words, it’s not practical to make a living with if you want to be a success, or at least don’t want to be a starving artist.

Thus, I became an accountant. I decided that I would major in accounting so that I could afford my obsession.

For the most part I LOVE my job. It’s detail oriented and I’m good at it. I have earned some respect in the company so that people come to me for answers to their questions. It’s very rewarding for me.

Today I was working on our September planning variances and their explanations when the company president’s new assistant was brought around to meet everybody. Whenever a new person is brought to my cubicle to meet me they instantly look around at the various things that I have hanging up, instead of at me. I’m completely fine with that because I don’t hide the fact that I’m a huge Civil War fan. Yes, I do have pictures of Lincoln, Lee, Jackson, and Longstreet hanging on my cubicle walls. This girl today wasn’t any different. The woman who introduced us said to her, “Kerry is interested in the Civil War, if you couldn’t tell.” She told us that she is as well and that she got her degree in history. I told her that I had decided to go into accounting to fund my obsession. She replied that she decided to go into what she loved. I don’t feel that it was a put down to me, just a statement.

I thought about this after she left, though. If I had gone ahead and received a degree in history, what would I be doing now? Instead of having a good job that I love and earning decent money that is allowing me to buy a house, would I be taking whatever job I could find? I worked as a secretary when I was in college and I didn’t care for the work. It wasn’t challenging enough for me. The duties of a secretary are not anything that I enjoy doing. Yes, I know that their title is ‘Personal Assistant’, but it’s a secretarial position essentially. I have nothing against secretaries, or assistants, and if somebody loves doing that job then that’s great! It’s not for me, though. And that’s the thought that was running through my head. I would feel like I had thrown away the money I paid for tuition if I had received a degree in history and then ended up working in a completely different field.

Yes, I can happily say that I made the right decision for me. No regrets. 🙂