Many people wonder where we’ve gone wrong with the current generation. They are disrespectful, lazy, greedy, and entitled. That’s a generic description, of course, but we have to go with the general population here. If you’ve been out shopping recently and have dealt with a member of this young generation then you’ve more than likely come across this attitude. Just the other night I stopped at the grocery store to pick up a few things. The cashier was this young kid who was probably around the age of 19-21. He was very cocky, disrespectful, entitled, and rude. He knew the person in line behind me so they carried on a conversation while he was ringing me out. He was telling this friend that he had been sent home from work early the previous weekend because the manager told him that he was too cocky. He laughed about that. When are these kids going to learn??

As I was driving home tonight I was thinking about this whole thing. Mainly because I heard about somebody who had to go to school because his teenager was in the nurse’s office crying and making a scene because she wanted to go to her mother’s place. Her parents have been divorced most of her life and her father has had custody of her for most of that time because her mother is not stable. So as I’m driving I’m picturing what would have happened if my dad had received a phone call at work and had to leave because I was being a brat. I knew instantly that IF I had done something like that it would have been the first and last time that it ever happened. Why? Because my dad would not have tolerated that.

Despite the fact that I tease my parents by saying that I got the raw end of the deal when God gave me to them, I have to say that I actually won the Parent Lottery. We didn’t have a lot of money, but we did have a lot of love. My parents taught me and my sister respect, love, the value of hard work, and pride. They taught us a lot of other things, but those are the ones coming to mind right now. 😉 My parents believed in spanking, too. Not abuse. Not beatings. I honestly don’t remember ever being spanked by my dad, but just the threat of it was enough. He commanded enough respect that I knew he would follow through with it. Unlike parents today, if my parents named a consequence then it actually happened. Just ask my sister. She had her savings account taken away after kicking a hole in the wall and then writing in crayon on the ceiling. They told her after the hole in the wall that if she continued to be destructive then they would take the money in her savings account in order to pay for the materials to fix the results of her tantrums. And they did.

In the same vein, my mom told us to never say anything that you don’t mean. Once you have said something and it’s out there you can’t ever take those words back. I live by this rule. No matter how angry I get I never say anything that isn’t true. My mom has never told my dad that she hates them when they have fought because she knew that she wouldn’t be able to take it back. Even when I am really mad I won’t say that I hope somebody dies because it’s not true. I don’t want anybody to die. I just want them to go away and leave me alone. lol  More people should try that. Can you imagine how much nicer the world would be if people didn’t say whatever was on the tip of their tongue all of the time? That you only said things you truly meant? What a wonderful world it would be. *Louis Armstrong’s voice is suddenly heard singing the song ‘What A Wonderful World’ in the background* 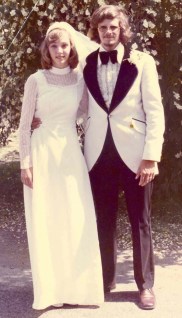